Garden of Eden: how Africa’s digital transformation promises to boost the continent

Africa has all the makings of a world-beating fintech ecosystem. 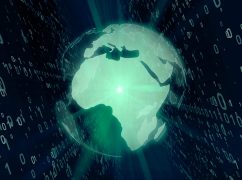 A perfect storm of demographics, technology and opportunity have set the stage for Africa, home to some of the world’s fastest growing economies and dynamic tech centres, to become a global fintech powerhouse.

Funding for African fintechs has been pouring in, with the likes of TradeDepot, Chipper Cash, OPay and Wave all securing funding rounds in excess of $100 million in the last year.

Africa’s population is also set to double by 2050. And while the West sees its average population age — and therefore its tax base — creaking, the African continent has a median age of 20.

Add to this the key ingredient of accelerated digitisation, which has occurred not just due to Covid-19, but also as a result of Africans becoming more connected through mobile phones.

“There’s evidence that in the last 10 years, the number of cell phone connections has doubled to half a billion and is likely to go to a billion by 2024,” Tshabalala said.

Daniel Kimerling, founder of venture capital firm Deciens Capital, which has made many early-stage fintech investments on the continent (including Chipper Cash), sees advantages and disadvantages to the way Africa has leapfrogged traditional technologies and infrastructures to embrace mobile and digital-first financial organisations.

On the plus side, mobile and digital-first organisations tend to move faster, are more responsive and are more customer-centric than traditional businesses.

But Kimerling’s biggest concern over this reliance on smartphones is their cost.

“But every year smartphones become less and less expensive. Hopefully, soon, everyone that wants to use a mobile-first financial services institution will be able to.”

Nonetheless, financial inclusion in Africa has increased over the past decade. There are several main drivers of this trend, but hurdles still persist.

Kimerling sees two main obstacles to reaching universal financial inclusion. Firstly, the technology has to progress and drive down the cost of smartphones, so that everyone who wants one can get one.

Secondly, governments need to step up and begin issuing identity documents in a form which is easily processed by digital financial institutions.

If you cannot easily prove that you are who you say you are via methods such as know your customer (KYC), then a financial institution — digital or analogue — cannot work with you.

“So, we need to partner with governments to improve the processes by which they issue identity paperwork, and make it easier for people to authenticate themselves,” Kimerling says.

The race for financial inclusion, and the opportunities, are not evenly spread across the continent either. In some parts of the continent, the unbanked are being served well, while in others, services are lacking. One of the biggest challenges is localising services for different languages and cultures.

Kimerling singles out the “exciting work” happening in South Africa, Ghana, Uganda, Kenya, Rwanda and Nigeria, for example, with innovative services taking off. But more needs to be done to ensure other countries aren’t being left behind.

One key area that will drive economic prosperity is digital payments. They can boost growth, reduce poverty and narrow income inequality across the continent.

If payments — domestic or cross-border — are expensive, cumbersome and unreliable, that creates a tax on society. Making them cheap, easy and highly reliable reduces this tax and makes payments “settle into the background, rather than being in the foreground”, Kimerling says. “This benefits all.”

Digital payments also play an important role in supporting small and medium-sized enterprises (SMEs) in Africa, the lifeblood of any economy.

Digital payments and other financial services also reduce the need for cash, which is insecure and prone to logistical challenges.

One major contributor to Africa’s ongoing economic development are remittances. Financial flows between African countries and between other continents are a major part of the African economy.

But, as previously mentioned, there is a tremendous tax that is placed on them when using traditional financial systems. “Tax in terms of fees, tax in terms of time needed to go to a store, tax in terms of anxiety if my payment will be received and is it secure,” Kimerling says. Enhancing and embracing digital payments can help boost remittances and the flow of funds across Africa.

He credits Africa’s “entrepreneurial energy” for its amenability to fintechs and other financial institutions.

“Across the continent, people are building new and exciting things that accelerates their need for financial services and desire for tools that help them meet their needs,” Kimerling says.