Senegal-based fintech Wave has raised $200 million in a Series A funding round as it looks to expand its mobile money network. 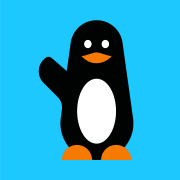 Wave was founded in 2018 by Drew Durbin and Lincoln Quirk

TechCrunch reports the raise has boosted the fintech’s valuation up to $1.7 billion, with Wave announcing on LinkedIn it is now “the first unicorn in Francophone Africa”.

The round was co-led by Stripe, Ribbit Capital, Sequoia Heritage and Founders Fund, with participation from Partech and OpenAI co-founder and CEO Sam Altman.

The Series A follows a number of bumper funding rounds for African fintechs this year.

Founded in 2018, Wave provides a mobile app that allows users to save and transfer money as well as make payments using QR codes.

The start-up writes on its website it aims “to bring digital finance to everyone in Africa” and build an inclusive cashless network on a continent “where less than 10% of the population has a bank account”.

According to TechCrunch, the new funding will be used to grow the company’s presence in West Africa and expand into new markets on the continent, as well as continue growing its team.