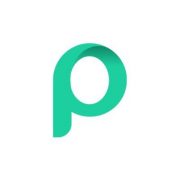 Opay launched in Nigeria in December 2018

The Nigeria-based company says the new investment takes its valuation up to $2 billion, making it the latest African fintech to hit unicorn status.

The continent has seen a number of bumper funding rounds this year, with fellow Nigerian unicorn Flutterwave raising $170 million in March and Chipper Cash landing $100 million in June.

OPay has now raised around $570 million over three rounds.

The fintech provides offline and online payment and digital wallet services with the aim of expanding the use of digital financial services in emerging countries and across unbanked populations.

Yahui Zhou, CEO of OPay, says the company aims to “improve the financial efficiency in emerging markets through AI and other technological innovations” to achieve “faster economic development”.

The firm launched its mobile payment service in Nigeria in December 2018 before expanding into Egypt.

It now plans to use the new capital to strengthen its position in these markets as well as accelerate its expansion to other countries in Africa and the Middle East.