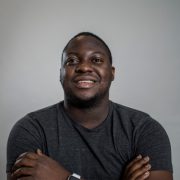 The round, led by crypto exchange platform FTX, adds to the initial $100 million funding secured in June led by Silicon Valley Bank’s investment arm SVB Capital and brings the company’s total funding to date to over $305 million.

Chipper Cash CEO Ham Serunjogi confirmed to TechCrunch that thanks to the extension, the firm can now count itself among Africa’s fintech unicorns, with a valuation slightly above $2 billion.

The two founders previously worked at Big Techs in Silicon Valley — Serunjogi at Facebook and Moujaled at Flickr and Yahoo.

SVB Capital added to their previous investment in this extension round alongside a number of other existing investors, including Deciens Capital, Ribbit Capital, Bezos Expeditions and Tribe Capital.