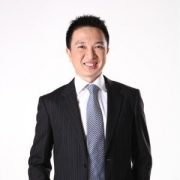 The cash will go towards growing the user base of its e-wallet offering, TrueMoney Wallet, which already has 50 million users.

Ascend Money also intends to further expand into various digital financial services, including digital lending and investment and the provision of cross-border remittances across Southeast Asia as part of its regional financial access and inclusion strategy.

Founded in 2013, the fintech operates across six Southeast Asian countries — Thailand, Myanmar, Cambodia, Indonesia, the Philippines and Vietnam — with a total payment volume of $14 billion in 2020.

The firm’s other co-president, Monsinee Nakapanant, adds: “As Southeast Asia’s homegrown fintech company, our mission is to enable everyone to access innovative financial services to better their lives … the unicorn achievement reinforces our ability to scale our purpose and mission.”