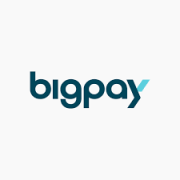 BigPay is a subsidiary of Malaysian budget airline AirAsia

Founded in 2017, BigPay is part of the digital arm of Malaysian budget airline AirAsia Group.

The investment comes just a few weeks after the fintech officially submitted its application for a digital banking licence to Bank Negara Malaysia as it looks to become “a leading challenger bank across Southeast Asia”.

AirAsia Group says the new funding “further strengthens [our] digital endeavour” as it continues the expansion of its digital businesses and financial services across the region.

Salim Dhanani, CEO and co-founder of BigPay, says: “Closing this financing round gives us the ability to build out our offerings, accelerate product development and scale.”

The firm currently has presence in Malaysia and Singapore but is also plotting to expand into Thailand following AirAsia’s $50 million acquisition of digital payments firm Gojek’s Thai division last month.

Dhanani adds: “Thailand is next, but we’ll be launching key products before that – with fully digital personal loans, transactional lending and an offering for mSMEs.”