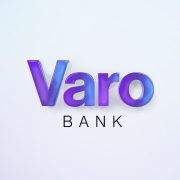 Existing backers including Warburg Pincus, The Rise Fund, and Gallatin Point Capital also participated alongside new investors such as Declaration Partners and Eldridge, among others.

The neobank, which last raised $241 million in a Series D round in June 2020, has now raised almost $1 billion in total capital.

The firm became the first consumer fintech to be granted a national bank charter by the Office of the Comptroller of the Currency (OCC) in summer 2020, allowing the company to offer a full range of services backed by the Federal Deposit Insurance Corporation (FDIC).

Varo claims it has since doubled its opened accounts to four million and tripled its revenue.

The company says it will use the new funds to invest in further product and technology development and fuel customer growth, with CEO and founder Colin Walsh adding the injection “accelerates our path to achieving a profitable, transformative, and sustainable business”.