South African e-payments service Ozow has raised $48 million in a Series B funding round led by Chinese tech giant Tencent. 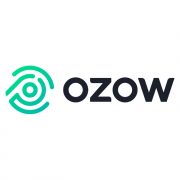 The Series B also saw participation from Endeavor Harvest Fund and Endeavor Catalyst, whose investment committee approval was chaired by co-founder and former executive chairman of LinkedIn, Reid Hoffman.

The automated electronic funds transfer (EFT) payment processor claims over $100 million in monthly transaction volume across a network of thousands of merchants.

The company says its goal is to develop payment solutions that enable businesses and consumers to participate in the growing digital economy.

In keeping with its drive to broaden financial inclusion, Ozow says its user base is growing rapidly, with 120,000 users joining the platform each month.

The paytech held a Series A funding round in June 2019 and has seen 100% year-on-year growth since then.

The latest cash injection will go towards expanding its customer base, developing new products and expanding across the African continent.

In order to achieve these aims, Ozow says it will focus on strategic investments, including mergers and acquisitions.