Investment app Shares has hired Harjas Singh as chief product officer as it gears up for launch in the UK next month. 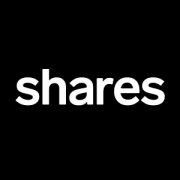 The Shares waitlist is now open

Less than a year old, the 80-strong start-up emerged from stealth in September and held a $10 million pre-product seed round, one of Europe’s largest ever.

Singh was previously product owner in the wealth and trading department at Revolut and led the analytics and core divisions across stocks, crypto and commodities. He also had a four-year stint at Deutsche Bank as a software engineer and product lead.

As CPO of Shares, Singh will be responsible for product development, growth and expansion, spearheading the UK launch followed by a launch across the European market in early 2022.

Singh will be based in the company’s London office and will also spend time at Shares’ Paris headquarters.

Speaking on the announcement, Singh comments: “Despite having worked in finance, I know from my own experience as a retail investor how inaccessible the world of investing can be even with today’s lower barrier, commission-free apps.”

He adds that Shares is designed to “level the playing field so anyone can join the conversation and become an investor”.