Airwallex has raised an additional $100 million in an extension to its Series E financing round. 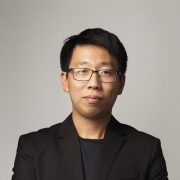 The ‘Series E1’ round adds to the company’s oversubscribed Series E which raised $200 million just two months ago.

The new injection brings the Australian cross-border payments platform’s valuation to $5.5 billion. The firm has raised $802 million to date.

Lone Pine Capital remained the lead for this financing, alongside other existing investors including 1835i Ventures, the venture capital partner to ANZ, and Sequoia Capital China.

This latest raise follows a strong Q3 performance, with the company reporting a 165% YoY revenue increase and annualised revenue exceeding $100 million. The company also made more than 200 additional hires.

Among other things, the new capital will support planned acquisitions.

In the latest quarter, Airwallex said it continued to scale its business across the Asia-Pacific and Europe, Middle-East and Africa regions, while also achieving early momentum in the US.

The company launched its virtual employee cards in Hong Kong and the UK, and marked its entry into South-East Asia with licences in Singapore and Malaysia.

Airwallex was set up in 2015. Today, it has over 1,000 employees across 19 locations. Its platform helps businesses manage online payments, treasury and payout globally.