Cross-border remittance platform Taptap Send has raised $65 million in a Series B funding round. 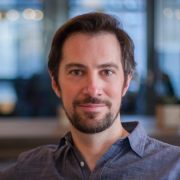 The round was led by Spark Capital and saw participation from Unbound and previous leads Reid Hoffman and Canaan Partners, along with Slow Ventures, Breyer Capital, Wamda Capital, Flourish Ventures, and additional investors from the Middle East, Africa, Asia, and Latin America.

The platform allows users to send cross-border payments instantly and without fees, enabling remittances for some of the most underserved global markets.

The cash will be used to fuel further expansion, develop new products, and hire new talent.

Thanks to the spread of mobile phones, more than a billion people are now able to move money through mobile and digital-first solutions.

Underlining this, Taptap Send says that while the World Bank predicted a 25% decline in remittances since the onset of the pandemic, the company has seen more than 8x growth.

“With the pandemic pushing more than a hundred million people into extreme poverty and countless others into economic hardship, the importance of capital and the ease of moving it where it’s most needed has rarely been greater,” says Michael Faye, co-founder and CEO of Taptap Send.