Capping off 2021, FinTech Futures takes a look back at some of the year’s most significant mergers and acquisitions.

This year has seen developments across the industry as firms attempt to grow through strategic acquisitions, diversify their offering and vie for users and consumers in a highly competitive market.

Here are five of the top mergers and acquisitions across 2021.

In October, banking giant NatWest acquired UK fintech RoosterMoney in a bid to appeal to younger spenders and savers.

Launched in 2016, Rooster aims to promote good habits for children around earning, saving and spending money though reward charts, chore reminders and customised interest rates that can be set by parents. 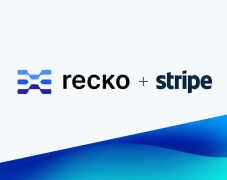 Stripe says the acquisition will allow the company to provide online businesses an accurate way to track their financial health.

Recko’s solution will be added to Stripe’s existing suite of financial tools, and the fintech’s team will join Stripe’s remote engineering hub.

“Internet businesses need new financial tools that can scale with their growth and automate the tasks required to produce an accurate picture of their financial health,” says Recko CEO and co-founder Saurya Prakash Sinha.

Stocard offers a card aggregation service with an integrated mobile payment system. The firm also offers a range of discounts, and launched in the UK in 2020.

Among its investors are Alstin, Engelhorn, and High-Tech Gründerfonds. It has raised $31.1 million across five funding rounds with its last – a Series B in 2018 – netting it $20 million. 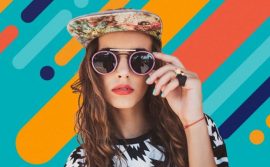 Zip says both transactions align with its global expansion plans and what it calls the “rapidly accelerating” global BNPL market.

The firm seeks to build a “single global BNPL solution across multiple markets” and did not waste time in finding targets.

It first moved in September 2019 to acquire New Zealand technology platform PartPay in a $32 million deal.

A year later it bought up US BNPL firm QuadPay for $296 million, and followed that up with an investment in Czech-based Twisto.

Zip’s global CEO, Larry Diamond, said at the time Twisto had impressed with its “customer centricity, product depth, and team.”

Founded in 1983, Valitor provides both in-store and online payments acceptance solutions as well as card issuing to small and medium-sized enterprises (SMEs) across Europe.

UK-based Rapyd says the acquisition will “complement [its] existing payment capabilities throughout Europe” and “enhance its issuing portfolio”.

The company describes itself as a “Fintech-as-a-Service (FaaS)” platform and offers cloud-based technology to integrate payments and fintech services into web and mobile applications.