The PartPay acquisition involves total upfront consideration of NZD50.8 million ($32m) with an earn-out of up to a further NZD15 million based on certain prescribed performance milestones being achieved during the FY20 and FY21 financial years.

Established in January 2017, PartPay has over 110,000 customers across over 250,000 instalment plans and is integrated into over 1,000 retailers including The Warehouse Group and Spark. The New Zealand business complements Zip’s Australian merchant base and aligns strongly with Zip’s core strategy of bringing customers and merchants together via a fair and valued payments experience.

“PartPay has proven experience swiftly launching their technology in four different markets, and the potential for many more,” says Zip CEO and managing director, Larry Diamond. “There is clear and strong alignment between PartPay’s and Zip’s philosophy on responsible credit, and we look forward to working with PartPay’s highly capable management team as we grow our market share in New Zealand and expand into the United Kingdom.” 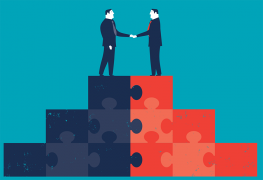 PartPay’s technology platform has also been successfully deployed into other international markets where, in exchange for its code-base, PartPay secured strategic shareholdings within the following fast growing BNPL providers: 8.9% in QuadPay in the United States; and 24.7% in Payflex in South Africa.

The Aussie credit card company has entered into a subscription agreement with QuadPay to invest approximately $11.4 million into QuadPay, which, when combined with PartPay’s existing shareholding, will result in Zip maintaining a 15% fully diluted shareholding in QuadPay.

It will have a right to appoint one director to the QuadPay board and priority allocation within further investment rounds.

Zip was founded in Australia in 2013 by Larry Diamond and Peter Gray with an aim of providing consumers with a better, fairer, digital alternative. Offering two products, Zip Pay and Zip Money, Zip’s financial products operate on an account-based model with a flexible repayment structure fairer to that of the credit card.