Banking giant NatWest has acquired UK fintech RoosterMoney in a bid to appeal to younger spenders and savers. 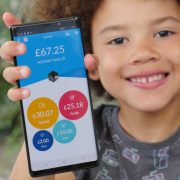 Launched in 2016, Rooster aims to promote good habits for children around earning, saving and spending money though reward charts, chore reminders and customised interest rates that can be set by parents.

Parents can also freeze lost cards and block payments to specific merchants, and the app gives parents and children real-time notifications on their spending.

Rooster’s 130,000 UK users can continue to use the app as normal. NatWest plans to offer Rooster as part of its portfolio of products and services in the coming months.

The acquisition underlines NatWest’s focus on younger customers following the launch of Island Saver, a free game that teaches money management. The bank has also been working with influencers to understand the most effective ways it can communicate fraud and scam prevention messages.

Simon Watson, retail banking at NatWest, says: “We know that the world of money is changing, and we want to help parents, carers and young people feel confident and capable.”

NatWest says it conducted research into young people’s relationship with money and what help they needed to build confidence with money management.

RoosterMoney CEO Will Carmichael believes the companies are aligned in their goal to help more parents and children build their “financial confidence”.