As the US, the UK and much of Europe begin to loosen lockdowns, bank executives are wrestling with the question of how many employees to send back to their offices.

Bank execs are wrestling with the question of how many employees to send back to their offices.

However, major banks and financial institutions indicate that they will continue working from home for the foreseeable future despite easing of the lockdown due to the serious challenges they face, including safeguarding the health of employees.

Large majorities of workers in the finance and financial services (70%) and legal (68%) industries have been doing their jobs remotely as a result of the coronavirus outbreak, according to the CNBC|SurveyMonkey data. Among these same workers, most report wanting to either work from home all the time even when it is safe to return to the office, or at least wanting to work from home more often than previously.

FinTech Futures has compiled a list of how some major banks are responding to COVID-19 remote working policies.

In a memo seen by eFinancialCareers on 10 March, Bank of America noted: “While we have executed our business continuity plans, we have not moved to working from home and employees should continue to come into the office. Please talk to your manager if you have questions or concerns.”

However, the Financial Times later uncovered in April that Bank of America has told traders they can execute orders from home after an employee backlash over the number of people still working at the bank’s One Bryant Park head office during New York’s escalating coronavirus crisis.

In the Harvard Business Review, the bank notes that it is temporarily converting more than 3,000 employees from across the bank into positions intended to field an onslaught of calls from consumer and small business customers.

Barclays CEO Jes Staley, said that putting thousands of workers in a corporate office building may never happen again, during an earnings report call last month. “There will be a long-term adjustment in how we think about our location strategy … the notion of putting 7,000 people in a building may be a thing of the past.”

However, the bank has told staff in the US and UK they will be working from home for at least another month, as employers around the world grapple with how to keep staff safe during the COVID-19 pandemic.

According to Yahoo Finance, staff were sent a memo on 11 May noting the bank was planning for a “phased return” to the office that would be “gradually and carefully implemented.”

Barclays said a “small percentage” of staff in the US, UK, and India may be asked to begin returning to the office from 15 June “at the earliest,” if government guidance allows it.

Staff in the bank’s Hong Kong office are already returning, with 60% back in the office according to Bloomberg. 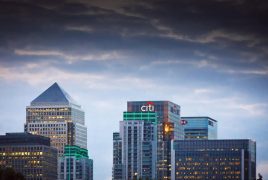 Citigroup said last month that roughly 80% of its employees are working remotely.

Citigroup chief executive, Michael Corbat, told employees they can take an extra day off this Friday (22 May) after working “harder than ever” in response to the coronavirus pandemic.

In a memo to staff on 19 May, Corbat acknowledged many have been juggling workloads, home-schooling children, taking care of family members or even continuing to go into the office.

Citigroup said last month that roughly 80% of its employees around the world were doing their jobs remotely.

It is also exploring options for short-term leases for suburban offices outside New York City, according to Bloomberg. The banking giant is considering furnished spaces ready to be occupied in Long Island, Westchester County and New Jersey.

David Livingstone, chief executive of Citi’s Europe, the Middle East and Africa operations, tells Financial News that it was “not making any changes to the guidance that we are giving our UK-based employees” and that in the “near-term, those of us who are currently working from home will continue to do so”.  It added that any return to the office will be phased.

Credit Suisse who are based in Canary Wharf in London, notes that approximately 90% of the 5,500 staff based at their HQ were currently working from home. The global firm say they have drawn up “cautious plans for a phased return to offices over time.”

CS “envisages that large numbers of employees will continue to work remotely in the short-to-medium term.”

The bank also got hold of a supply of coronavirus antibody tests from Roche AG and is starting a pilot project to test its staff, with intentions to “roll it out across major hubs from June”.  The tests are going to be “free of charge and on a voluntary basis,” according to the company statement. The results will be confidential, and employees won’t have to share their results with CS.

Deutsche Bank CEO, Christian Sewing, says that efforts to adapt to the outbreak through remote working and video conferencing raised the possibility of spending less on office space and travel. 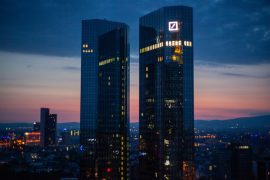 “And if that’s the case, do we need quite so many offices in expensive urban centres?” Deutsche Bank CEO.

“If 60% of employees worldwide can work away from their offices and still deliver excellent service to our clients, then of course we have to ask ourselves: can we give our staff additional flexibility to work from home if they want to?” Sewing said in his speech to shareholders on 20 May.

“And if that’s the case, do we need quite so many offices in expensive urban centres?”

Sewing notes that less corporate travel would save the company time and money and benefit the environment as well.

Goldman Sachs, cautiously begun to open up Milan, Frankfurt and Madrid office, and are bringing back the Paris office (or at least, a maximum of 20% of it), according to eFinancialCareers on 21 May.

The report notes that there’ll be no sharing desks, strict two-metre distancing in the office and compulsory mask wearing whenever you’re not sat at your desk.  Goldman bankers are also forbidden to come to work if they’re unwell, and not allowed to return from sickness without having obtained “wellness clearance.”

Only those “who would like to return” will do so, and they will they’ll be part of a split team rotation. They will also have to “obtain authorisation” to take public transport between the hours of 6:30am – 9:30am or 4pm – 7:30pm.

FN reports that HSBC’s Major Incident Group, which has been handling its COVID-19 response, sent a memo to employees on 12 May saying that its “position remains unchanged” and that the majority of staff should continue to work from home.

JP Morgan, meanwhile, has just created a Return to the Office Taskforce

JP Morgan, meanwhile, has just created a Return to the Office Taskforce, according to an internal memo sent to employees seen by FN.

The banks said it would give staff two to three weeks’ notice of any plans to return to the office and it would be done at “our own pace” as it puts in place new protocols.

JP Morgan corporate and investment bank head, Daniel Pinto, says he could see a situation where its staff could work from home on a rotational basis.

The move is in line with the bank’s sustainability targets and to cut down square footage of its office space, reported FN.

In an event of the successful implementation of the work from home model, Pinto adds that the bank would need new approaches to measure the productivity of its employees.

Currently, 90% of its investment banking staff is working from home compared to 75% of employees across the firm in the wake of the COVID-19 pandemic.

Morgan Stanley CEO James Gorman is uncertain about what work life will look like after the pandemic but said the bank would need “much less real estate” in the future. About 90% of Morgan Stanley’s employees have been working from home during the pandemic.

“We’ve proven we can operate with no footprint,” he said in a recent Bloomberg TV interview. “Can I see a future where part of every week, certainly part of every month, a lot of our employees will be at home? Absolutely.”

More than three-quarters of Royal Bank of Scotland’s 65,000 staff will continue working from home until at least the end of September, the lender has announced.

The decision to keep more than 50,000 staff at home was revealed in a memo seen by The Guardian, which was sent by the chief executive, Alison Rose, to all RBS employees on 21 May. 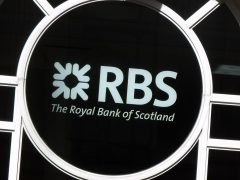 RBS will keep more than 50,000 staff at home until September.

However, about 400 workers whose jobs include handling sensitive data have been asked to return to offices and call centres next month. These are people working in what the bank described as regulated roles, often handling confidential client data, who could not continue to operate away from the office for prolonged periods. They will be asked to return in June to work in the bank’s offices and call centres.

Since the lockdown started, approximately 10,000 RBS employees have continued to work in some offices and in branches, albeit with reduced hours. About 95% of branches have remained open.

However, RBS said strict physical distancing and others safety measures would be in place to protect staff. “These include limits of two people per lift, thermal imaging and temperature checks at building entrances, and one-way corridors. Hot desking has been temporarily banned, and there will be at least one empty desk in between persons to ensure social distancing,” the memo states. In areas where distancing is not possible, screens have been put up.

RBS, which includes the NatWest brand, also revealed data that showed how being at home had changed how people work. It said on 15 May there were nearly 5.5m video conferencing minutes racked up across more than 40,000 meetings. Remote-working levels peaked this week, with 52,000 people logged in remotely on 20 May.