UK banks have already seen an overwhelming demand for the government’s Bounce Back Loans Scheme which opened applications on Monday 4 May.

The 100%-government backed scheme, delivered by lenders accredited by the British Business Bank (BBB), is designed to help small and micro businesses across all sectors. 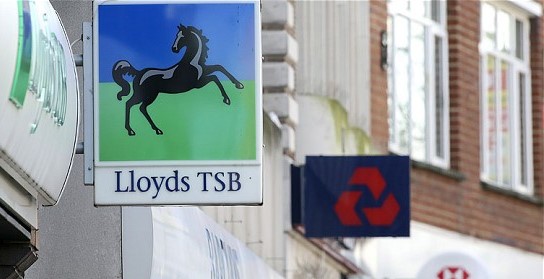 By 11am, Lloyds said it had received 2,000 applications

In the first hour of applications opening, the BBB’s website went down, first spotted by The Times. The website was back up less than an hour later, but the brief downtime points to the unexpected volume of requests made by small businesses for the scheme.

In the first minute after 9am, Barclays’ UK head Matt Hammerstein said the bank had received 200 bounce back loan applications, all of which he says have now been approved.

By 11am, Lloyds said it had received 2,000 applications, with the average loan size requested sitting at around £35,000.

The scheme is designed to help the country’s smallest businesses faster, by not requiring banks to run credit checks or assess the long-term viability of applicants.

This is unlike the government’s much larger Coronavirus Business Interruption Loan Scheme (CBILS), which – as of last Thursday – had dispersed £4.1 billion to more than 25,000 firms.

Applicants can switch their CBILS applications to Bounce Back ones if they were under £50,000, and they don’t have to stick with high street lenders.

In the last few months, just two alternative lenders – Funding Circle and ThinCats – have been given accreditation by the BBB, prompting some lenders to worry they will be fenced out from delivering the scheme all together.

“The alternative lenders are ideally set up to distribute Bounce Back Loans through the scheme and yet it would appear they may be excluded from participation based on accreditation,” Funding Options’ CEO Simon Cureton said last week.

But the hope is that more will follow. Chief executive of UK Finance Stephen Jones said that “lenders are working at pace” to get the Bounce Back Loan Scheme up and running.

“We hope to see an increasing number of firms accredited from across the broad and diverse lending community to ensure [the scheme] is available to as many small business customers who wish to borrow under the scheme as possible,” says Jones.