Multiple banks are sending hundreds of staff to their UK and US disaster recovery sites, installing big screens in traders’ homes and pushing regulators for a reprieve on trading rules so they can keep their businesses running through a coronavirus outbreak, as reported by the Financial Times and Reuters.

The efforts by big global banks including: HSBC, Goldman Sachs, JP Morgan Chase, Morgan Stanley, Barclays, UniCredit and BBVA, are an escalation of business continuity planning that has already prompted them to segregate staff in cities affected by the coronavirus outbreak. 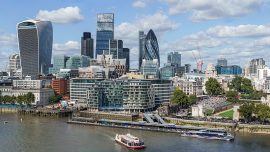 Multiple banks are sending hundreds of staff to their UK and US disaster recovery sites.

HSBC has evacuated roughly 100 staff from its office in London’s Canary Wharf after a staff member reported a confirmed case of coronavirus. HSBC told the Financial News that the employee, who works in the investment bank’s research department, is under medical supervision and has self-isolated, and the rest of the team are now working from home.

“Colleagues on [the 10th] floor, and others who came into contact with him, have been advised to work at home, HSBC said in its statement. “Based on medical and official advice the building remains open and operates as normal.” Around 10,000 people work in the lender’s 8 Canada Square building.

“We’re practising,” says a senior executive at one large US bank. “You don’t want to wake up and find that the US has half a million cases, and someone tells you to send everybody home.”

Investment bankers, administrators, engineers, IT specialists, human resources and senior management can all work from home with relative ease, but regulatory and technology demands make the situation more complicated for salespeople and traders.

To prevent those staff from being forced into quarantine en masse over a single coronavirus incident, banks are looking at spreading them out between head office and disaster recovery sites that have the same technical capacity as their main sites.

Goldman, JP Morgan, Morgan Stanley and Citigroup have all been testing their disaster recovery sites in London and the US in recent days, even as their trading businesses deal with some of the most volatile market conditions in recent times, according to people familiar with the situation.

Goldman planned a bigger test of its Croydon facility on Thursday, where several hundred people travelled to the town about 30 minutes south of central London to make sure it is operationally ready to deal with an influx from Goldman’s City headquarters.

JP Morgan, which has so far been testing the technology at Basingstoke, 50 miles west of London, and sites outside its Manhattan base in Brooklyn and New Jersey, is likely to bring some traders out for live tests in the coming days.

See also: The impact of COVID-19 on the Chinese market 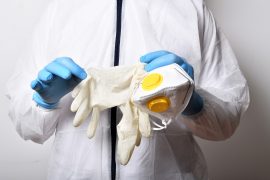 Senior bank executives are concerned about broadband capacity at their employees’ homes.

Citi has begun testing its Lewisham facility in south-east London and a site in New Jersey, and has also been installing extra screens in some employees’ homes to make the environment closer to that of a trading floor, where they can view information from as many as eight large screens, said two people familiar with that bank’s operations.

Barclays is reviewing a plan to split its trading floor staff into three groups divided between its Canary Wharf headquarters, their homes and a back-up site at Northolt, a town 18 miles north-west of London, according to people briefed on the plans. A spokeswoman declined to comment on the specifics, but said the lender was examining multiple contingency plans to ensure operations were not interrupted.

Italy’s UniCredit also sent home some staff after two new infections among its employees, one each in Germany and Italy.

In Spain, BBVA said on Thursday that it had transferred up to 100 staff from its Madrid trading floor to a location just outside the city in a contingency measure against potential disruption by the outbreak.

While most banks have ample capacity for staff to access internal networks remotely, senior bank executives are concerned about broadband capacity at their employees’ homes, which is not as fast as at the banks and could be slowed down even further if their children are also off school watching streaming services such as Netflix.

Another complication is regulatory requirements to monitor traders’ written and telephone communications, particularly in Europe. “If it happens next week, we wouldn’t have sufficient [recorded lines],” says a senior executive at another large US bank. “If it happens in three months’ time, we’d be organised.”

Against that backdrop, banks are pushing regulators in the UK and US to adopt a flexible approach to rules on compliance monitoring, as well as requirements on trade verification and booking.

The Financial Conduct Authority (FCA) in the UK and the Financial Industry Regulatory Authority in the US have so far not granted a reprieve, but bankers believe it is likely to avoid market disruption. US authorities have suspended some of their rules during previous calamities including granting extensions on filing deadlines during Hurricane Michael in 2018 and Hurricane Sandy in 2012.

The Securities Exchange Commission (SEC) notes it was “monitoring the potential impacts on investors, issuers and other market participants closely to determine what guidance and assistance may be appropriate as events develop”.