Capping off 2021, FinTech Futures takes a look back at some of the year’s seminal hires and appointments.

In a year in which the ‘Great Resignation’ has seen people across all industries looking for pastures new, the financial industry has seen its fair share of talent on the move.

Here are five of the top movers and shakers across 2021.

Brydon stepped down as chairman of financial software company Sage on 30 September and has previously been chair of the London Stock Exchange, Royal Mail and the London Metal Exchange. He has also held senior positions at Barclays and AXA. 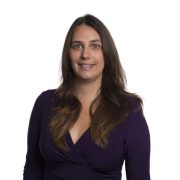 In February, the Bank of England’s payments policy head, Cordelia Kafetz, exited the UK’s central bank after 16 years to head up financial risk at Starling Bank.

Kafetz told FinTech Futures she has been “a [Starling] customer for a number of years”. She said her move is an opportunity to “drive innovation in a more tangible way”.

Starling said Kafetz’s experience in regulating banks and her work on policy development on the future of finance made her an obvious hire.

Kafetz’s move came as Starling embarked on a new era in its growth journey. Having hit an £800,000 profit in October 2020, it began scouting acquisition opportunities in the alternative lending space. The firm was also aiming for its largest single investment ever, at £200 million.

The SEC confirms appointment of Gary Gensler as new chair

In the spring, the US Securities and Exchange Commission (SEC) confirmed the nomination of Gary Gensler as its new chairman.

Gensler was picked for the role by US President Joe Biden and leads the regulator in the drafting of new rules to govern Wall Street.

His appointment arrived as Democrats gained a 3-2 majority among SEC commissioners. Gensler has previously hinted at legislation focusing on digital currencies, retail trading and environmental, social and governance issues.

The new SEC chairman is a former Goldman Sachs executive, and is no stranger to leading regulatory bodies. 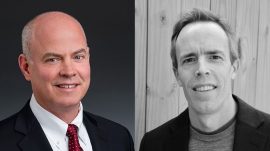 Before his four years at Finra, Drobnyk spent a year at the US Treasury. He also spent four more years on various US committees.

Anthony Cavallaro started in March as Robinhood’s head of regulatory services and fraud oversight for its financial subsidiary.

Flint formally took up his new position at the UK Infrastructure Bank (UKIB) on 27 September. The bank aims to support regional growth through private and local government partnerships in order to finance a green industrial revolution in clean energy, transport, digital, water and waste.

Flint said the role is a “unique leadership opportunity” and a chance to play a part in accelerating the UK’s transition to a low carbon economy and fuel regional economic growth.