The SEC confirms appointment of Gary Gensler as new chair

The US Securities and Exchange Commission (SEC) has confirmed the nomination of Gary Gensler as its new chairman. 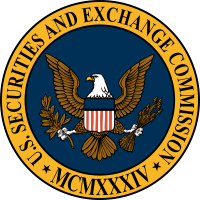 The Democrats hold a 3-2 majority among SEC commissioners

Gensler was picked for the role by US President Joe Biden, and he will lead the regulator in the drafting of new rules to govern Wall Street.

His appointment arrives as Democrats gain a 3-2 majority among SEC commissioners. Gensler has previously hinted at legislation focusing on digital currencies, retail trading, and environmental, social and governance issues.

The new SEC chairman is a former Goldman Sachs executive, and is no stranger to leading regulatory bodies.

He ran the Commodities Futures Trading Commission (CFTC) under the Obama administration, and spearheaded new regulatory frameworks for the derivatives market.

Back to the people

“Mr. Gensler will bring the SEC’s focus back to the people who make this country work,” he said in a statement.

“[He will] push to ensure that markets are a way for families to save and invest for their kids’ education, a down payment on a home, and for a secure retirement – not a game for hedge fund managers.”

A former academic, Gensler once taught courses on digital currencies while working at the Massachusetts Institute of Technology (MIT). This has lead to speculation he may adopt a lighter touch towards cryptocurrency.

He will take over as the SEC launches a voluntary inquiry into the rise of special acquisition companies (Spacs).

According to Reuters’ sources, the SEC’s enforcement division has sent letters to Wall Street banks asking them to volunteer more details on their Spac deals.

The watchdog has previously warned investors not to buy into celebrity-endorsed Spacs. It has put various Spac deals under the microscope, including those of Lordstown Motors, Nikola, and Clover Health Investments.