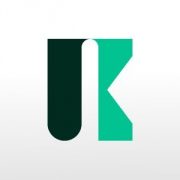 The UKIB aims to finance a green industrial revolution

Flint will formally take up his new position at the UK Infrastructure Bank (UKIB) on 27 September. The bank aims to support regional growth through private and local government partnerships in order to finance a green industrial revolution in clean energy, transport, digital, water and waste.

Flint says the role is a “unique leadership opportunity” and a chance to play a part in accelerating the UK’s transition to a low carbon economy and fuel regional economic growth.

UKIB chair Chris Grigg gave thanks to interim CEO John Mahon, who will finish in his role on 17 September, for “steering UKIB through a crucial development period”.

Flint most recently served as group chief executive of HSBC, a company where he spent 30 years. He first joined as a graduate trainee in 1989 before holding various senior leadership positions across the business.

Rishi Sunak, who unveiled plans for the government-owned policy bank alongside the 2020 Spending Review, says Flint’s appointment is an “important milestone” for the UKIB in its efforts to tackle climate change, support the government’s ‘levelling up’ agenda and create jobs throughout the UK.

“Mr Flint brings outstanding financial and management expertise which will be crucial to leading the organisation as it grows its operations and starts to deliver on its mission to finance projects in every region of the UK.”