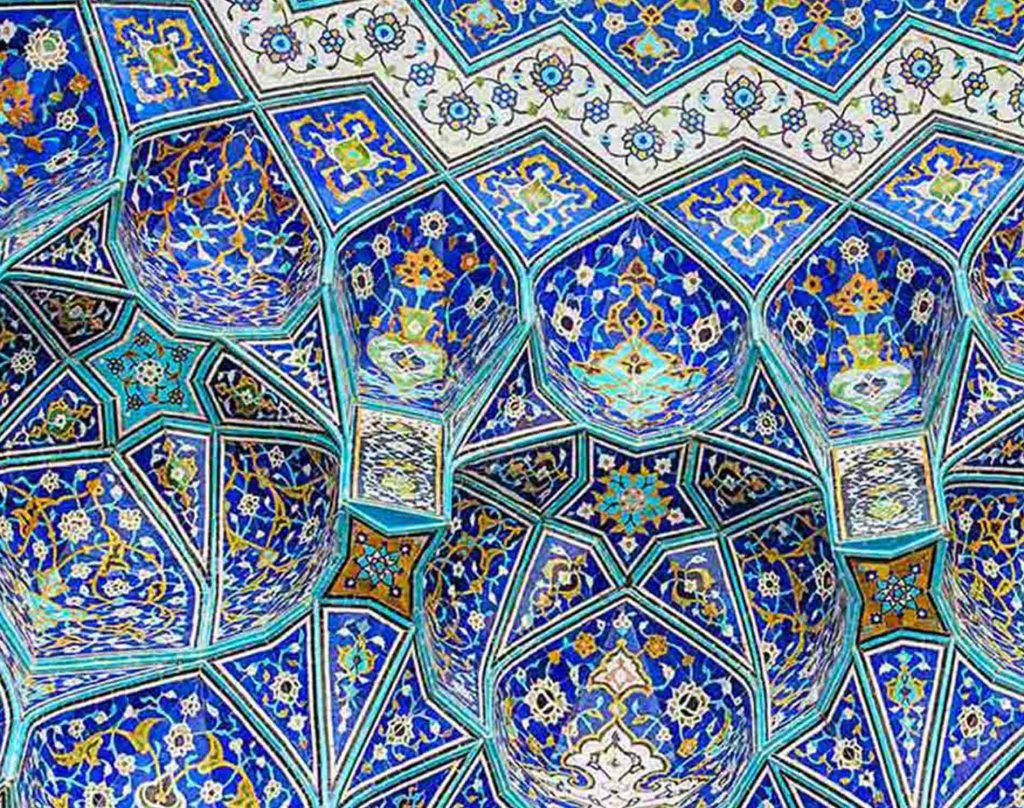 Challenger banks in the Middle East: who is who

Who’s doing what in the challenger banking space in the Middle East?

FinTech Futures has put together this country-by-country guide, which will be updated on a regular basis, with more players and countries added as the digital banking march continues across the region. If you have any additions to the list, please get in touch with our editorial team.

Bank ABC
In early 2018, Bank ABC (which stands for Arab Banking Corporation) unveiled its plans to launch a standalone digital bank. It was said to be working with the Central Bank of Bahrain to receive all the necessary approvals to launch some time in 2019.

According to Dr Khaled Kawan, CEO of Bank ABC, the neobank will leverage its parent’s strength, technology and IT services (through its subsidiary Arab Financial Services) but will run independently. For its digital channels, Bank ABC uses Backbase’s Omnichannel Banking Platform.

It will focus on retail customers.

If focuses on the retail segment and says it was the first Islamic digital banking offering to be launched in the region.

Its flagship offering is OnePack, which combines the features of both current and savings accounts, and is “unique to the region”, according to the bank.

In its Bahraini portfolio meem also has a murabaha deposit (“the world’s first online Shari’ah-compliant term deposit”), a credit card, and a foreign currency account (available in USD, GBP, EUR and all GCC currencies).

If focuses on the retail segment and says it was the first Islamic digital banking offering to be launched in the region.

Its flagship offering is OnePack, which combines the features of both current and savings accounts, and is “unique to the region”, according to the bank.

In its portfolio for Saudi Arabia meem also has a murabaha deposit (“the world’s first online Shari’ah-compliant term deposit”), a currency card, a credit card, and personal finance.

Halalah
Launched in 2019, Halalah is a digital bank that has received dual banking licences in Saudi Arabia by Saudi Arabia Monetary Authority (SAMA) and in the UAE by the Abu Dhabi Global Market (ADGM) Financial Services Regulatory Authority.

According the bank, users can create an account in a minute by entering their ID and date of birth, mobile number and the passcode (which will be the login code), email address and monthly income. Finally, entering the OTP sent by Halalah as SMS to the registered mobile number.

Bankiom offers a card “accepted worldwide”, the ability to send and receive money through chat apps like WhatsApp, and instant payments.

In January 2021, Bankiom claimed to have accrued more than 400,000 signups already. Its cards are issued by an as-yet unnamed “partner bank”.

Walter Lironi, general manager digital transformation at CBD, says its research shows that “digitally connected customers” want an experience “whereby everything can be done via smartphone”.

In the run-up to the launch, the bank introduced a CBD Now “co-founders” programme that involved customers providing input during the piloting phase – to influence product development and refinements before rolling out the brand to the public.

Although launched with its own branding and website, in summer 2018 it was merged into CBD’s main site.

Clearly
Clearly is a digital banking service, set up in the UAE in 2016 by Mike Cunningham (CEO; he is also currently chief strategy and digital officer at Banque Saudi Fransi) and Fara Remtulla (who is understood to be no longer involved in the venture).

It does not hold a banking licence and plans to partner with an established bank to leverage its licence and regulatory capital.

Clearly will offer account opening “in seconds, completely online”, and it comes with a card.

Clearly will pay interest and allow customers withdraw money without losing any of the interest that has been earned, and promises higher interest to savers.

In addition to a standard set of services (such as loans, savings, investments, payments and so on), it will do “so much more in such a different way” that puts customers in “complete control”, Clearly states. “We are tearing up everything you know about banking and re-building it from the ground up. It’s going to be defined and shaped by us together.”

After 18 months in development, E20 was unveiled by founder Evans Munyuki, who is also group chief digital officer (CDO) at Emirates NBD.

E20 will enable start-ups, sole proprietors, freelancers, gig economy workers, fintechs and insurtechs, and SMEs to open a bank account and carry out their day-to-day banking requirements through a mobile app as well as access various services to help them manage their business.

Liv Bank
A digital-only banking subsidiary of Emirates NBD. Liv says its products are designed for a “digital generation” and are “simple, flexible and convenient”.

Liv’s account comes with an app and a card. Among its perks are shopping and dining rewards and discounts, easy money sharing via social media, and a 2% interest.

In spring 2019, it launched a conversational chatbot called Olivia, powered by Kasisto and its flagship KAI offering.

Liv claims to be the fastest growing bank in the UAE and “the only lifestyle app personalised for you and your money”.

Mashreq Neo
A digital-only bank launched in 2017 by Dubai-based Mashreq Bank. At the time of launch, Mashreq Bank said Neo was “the first digital bank in the GCC region” to provide access to international markets for investment opportunities including foreign equities, gold trading and foreign currency accounts.

The new offering is aimed at digital-savvy consumers, who spend a lot of time on smartphones and social media, and make purchase decisions based on recommendations, Neo’s users “rank flexibility and convenience as their top reasons for choosing a bank”, according to Subroto Som, Mashreq’s head of retail banking group.

Mashreq Neo offers users an in-app enrolment process – where optical character recognition (OCR) technology scans ID and auto-fills the details. A password is then sent to the phone to confirm the application.

The app also includes an “activity wall” which shows customers their recent activity in a timeline. The bank offers support via a call centre and by the Neo Chatbot which is integrated with Facebook Messenger.

MoneySmart
MoneySmart is the brainchild Abu Dhabi Islamic Bank (ADIB) and Europe’s Fidor Bank. It was launched in early 2018, described as “Middle East’s first digital community for personal finance, where people can exchange information and advice with peers and experts”.

The concept, developed by ADIB, has been tailored to engage with millennials through the media they use the most: mobile, web and social media. It aims to be highly interactive and reward users with cashable reward points for their input.

Fidor provided fidorOS, its digital engagement platform, as well as its expertise in running and growing a digital community.

It also offers a digital bank account – smartaccount – which comes with an app and a free debit card, and offers bonuses for participating in the MoneySmart community (being an active member, referring a friend etc.)

The Dubai-based challenger bank is set to launch in Germany and the UK sometime in 2020, and has already selected its core banking provider, Bankable.

The neobank will focus on mobile digital banking and payments through its chat-based payments wallet. The bank says the “closed loop environment” of its offering – a bank, mobile wallet and digital point of sale (POS) all rolled into one – “will cause major disruption” in Europe, where it says adoption of payment wallets “has been slow”.

OG Bank’s aim is clear, to “transform [the] mobile device into a payment receiving and processing terminal”.

“We are going to ruffle feathers […] a disruption is needed and disrupt we shall,” says CEO of OG Bank and OG Pay Mohammed Ibraheem Khan.

Alongside the UK and Germany, OG Bank and OG Pay will also launch in Pakistan, Egypt, Malaysia, Indonesia.

Its offering includes a debit card issued via Mastercard, along with an app which allows users to transfer money, automated bill payments and bill splitting, analyse spending, and received real-time notifications.

The start-up’s partner, National Bank of Ras Al Khaimah, gives customers access to IBAN and BIN sponsorship. It also means YAP doesn’t have to hold or obtain its own banking licence.

Zand, launched in 2021, covers both retail and corporate account services.

At its helm is Emirati tycoon Mohamed Alabbar, best known as the founder of Emaar Properties, which developed the Burj Khalifa and the Dubai Mall.

Zand was still waiting on its application for a full UAE banking licence in April 2021, but citizens can register their interest via its website in the meantime.

Olivier Crespin, the fintech’s CEO, spent more than 16 years at Citi in his early career, where he ended up as global head of operations for its private bank.

Xpence
Founded in 2017 by Saad Ansari (CEO) and Konstantin Danilkov (CTO) in 2017, Xpence calls itself “Gulf region’s first neobank designed by entrepreneurs for entrepreneurs”. The founders say the bank was born out of frustration – as they couldn’t open a bank account for their own start-up.

Xpence is targeting freelancers, solo entrepreneurs and start-ups – and combines bookkeeping and banking in an app. It provides automatic tags and categorises all income and expenditure in real time.

Users can snap and add a picture of a receipt every time they use their card. Notes and files can be added to transactions – and users can create custom tags.

Xpence uses a variety of technology, including Microsoft and open source tech like Apache. The backend has been built using a microservices architecture. As well as developing its own in-house functionality, it also integrates with various third-party tech partners to deliver services to users, such as Paymentology from the UK.

Xpence raised $1.1 million in its pre-seed round from investors in the UK, including UFP Fintech (an early investor in Revolut), as well as from UHNW family offices in Saudi Arabia.

On its roadmap is expansion to Bahrain and Saudi Arabia.