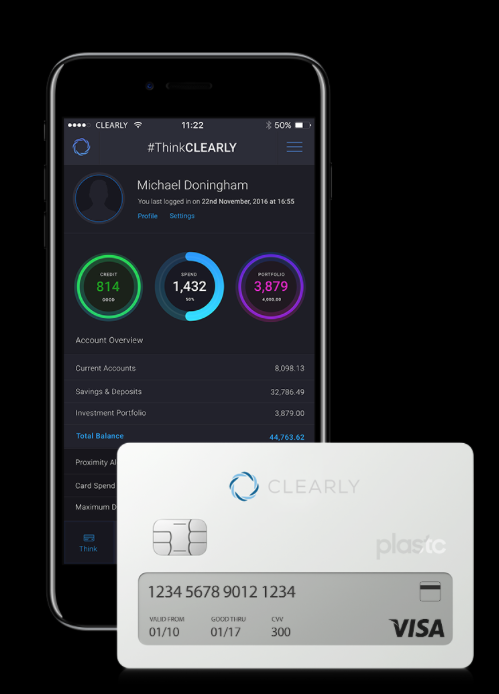 Bank Clearly, a new digital banking service, is being set up in the UAE. Clearly will offer account opening “in seconds, completely online”. Customers will be issued a plastic card.

“Within less time that it takes to make a cup of coffee, you will be open and good to go,” promises Clearly. “It’s that easy.”

Clearly will not hold its own banking licence, but instead will partner with an established bank to leverage its licence and regulatory capital. (The business model is similar to that of Lunar Way in Europe.)

Clearly will pay interest and allow customers withdraw money without losing any of the interest that has been earned. “We also pay you higher interest automatically the more you save with us, unlike other banks who ask you to open yet another account,” the company says.

In addition to a standard set of services (such as loans, savings, investments, payments and so on), it will do “so much more in such a different way” that puts customers in “complete control”, Clearly states.

“We are experts in customer service who also happen to look after your money.

“The customer is always priority number one, which might sound like a pipe dream but with us it’s non-negotiable. You are our primary focus, this is banking re-invented.”

And there is more… “We are tearing up everything you know about banking and re-building it from the ground up. It’s going to be defined and shaped by us together.

“Clearly will change the way you bank so profoundly that you will never imagine going back to the old way of banking.”

The company will target the Middle Eastern markets to begin with, followed by Asia, Banking Technology understands.

Co-founder and CEO: Mike Cunningham, former EVP and head of group strategy and innovation at Abu Dhabi Commercial Bank (ADCB). Cunningham spent over seven years at ADCB. Prior to that, he had a lengthy career at Barclays.

Digital design officer: Darren Taylor (also moved from ADCB). Taylor was with ADCB for three years as lead of digital innovation, fintech. He built the bank’s innovation lab from scratch, “taking it from concept to a multi-product delivery programme in less than five months”, according to his LinkedIn profile.

Taylor also ran teams of product owners, UX designers and technology developers to bring new digital products for ADCB, and led the implementation of customer experience management across the bank.

CFO: Fara Remtulla, formerly director of business planning and development at Deutsche Bank in the US.