Lithuania’s Fintech HUB LT Association has elected a new board and chair. Asta Grigaitytė is taking over as chair from Titas Budrys, who has held the post since 2019. 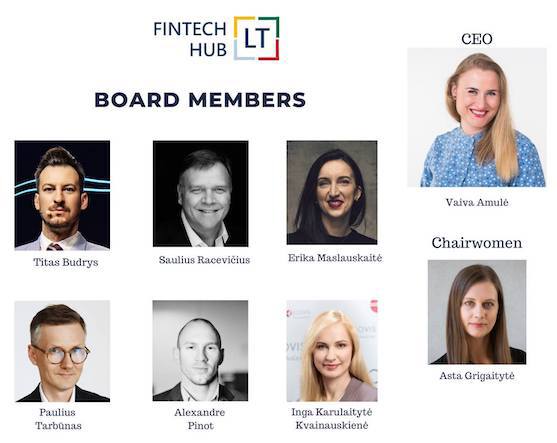 Grigaitytė joins the group from the Bank of Lithuania where she worked on CENTROlink, a payment system developed and operated by the central bank which allows customers of financial institutions to execute euro payments across the Single Euro Payments Area (SEPA).

“In order to ensure the mature growth of this sector, it is important to continue to maintain close cooperation between the different stakeholders, such as the board of the Fintech HUB LT Association, the members of the Fintech HUB LT, the government and the regulator,” Grigaitytė adds.

As well as the appointment of Grigaitytė, the board also elected seven new members.

The eighth and final member of the board will be elected by a separate ballot, as two candidates received the same number of votes in the election.

The board also re-appointed CEO Vaiva Amulė for another two-year term in office.

Amulė says: “I have no doubt that the invaluable experience gained by the elected Board and the leadership of Asta Grigaitytė will help fintech companies strengthen their positions even more, not only in Lithuania but also abroad.”

The Fintech Hub LT Association has more than 60 members including companies such as Curve, Paysera and ConnectPay and has added 20 new members in 2021.