UK financial app Curve has launched across the Atlantic and is now available to download for US customers. 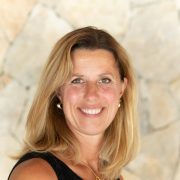 Curve combines all of a customer’s existing bank accounts and payment cards into one smart card, accessible through its app. There, users can track their transactions and finances and earn cashback and rewards on purchases.

US customers will also be able to utilise Curve’s buy now, pay later (BNPL) feature, Curve Credit, which enables customers to make purchases directly using a credit line, either paid in full at a later date or through a payment plan.

The firm says its Instalments offering will also be added to Curve US in the coming months, giving users the option to spread the cost of any purchase over three, six, nine or 12 months.

Curve launched in 2018 and has already spread to 31 markets across the globe.

Founder and CEO Shachar Bialick says: “Americans hold four debit and credit cards on average, which we aim to simplify down to one card and one app to put people in better control of their money.

“It’s also a challenging time for consumer finances in the US. Inflation is at an all-time high and rate hikes are on the horizon.”

The news of Curve’s US launch comes as the company’s chief operating officer, Nathalie Oestmann, announced she is leaving the company after two-and-a-half years.

Writing on LinkedIn, Oestmann says the experience of working for a fintech has been “challenging and rewarding”.

“However, I have decided that the time is right for me to leave Curve and after a short break I will make my next move,” she adds.

In October last year, Curve reported an operating loss of £37.9 million in its annual results for 2020, despite revenue increasing by over 80% year-on-year.