Fintech momentum is growing in Cyprus, but challenges must be resolved

Cyprus has long been known as a home for forex companies and it is gradually attracting a broader array of fintech businesses thanks to its low corporate tax rates and the access it provides across the EU through the passporting principle. 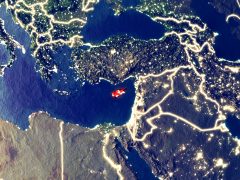 Cyprus is attracting a number of fintech companies to its shores

But while the fintech industry in Cyprus is rapidly evolving, companies in the field are facing a number of issues including regulatory challenges and a shortage of talent in the local market. Key players in Cyprus are now proactively working with the government and regulators to design and build state-of-the-art financial and technological infrastructure on the island.

It is abundantly clear that regulatory progress can spark economic growth in Cyprus – over 40 forex companies have set up in this small country since the Cyprus Securities and Exchange Commission (CySEC) issued its first forex brokerage licence in 1988.

The fact that the country is also a member of the European Union (EU), the European Economic Area (EEA) and subject to the Markets in Financial Instruments Directive (MiFID) – which allows a firm in any EEA country to offer its services to customers in another – means it is very well placed to attract other fintech companies.

As well as being chosen as a base for award-winning online game developer and publisher Wargaming, the country has recently attracted a number of pioneering tech businesses including SaaS platform Semrush and payment infrastructure facilitator Unlimint.

The fintech sector is enjoying particular momentum. There are currently 14 authorised electronic money institutions (EMIs) and 10 authorised payment institutions (PIs), as well as another 43 pending applications (32 EMIs and 11 PIs) according to the Central Bank of Cyprus.

However, there are challenges in Cyprus that need to be resolved.

The IT labour market in Cyprus

The pandemic has accelerated the growth of digital services globally, from food to delivery to online payments and distance learning. All these imply web, mobile app, and backend development and, as a result, demand has spiked for those who are in charge: the software engineers. Those companies that are mostly IT-based are eager to dig deep into their pockets to recruit the best talent.

I am positive this pressure will subside over time. But for the time being, the market in Cyprus, as well as in the rest of the world, is overheated. Over the last year, the number of vacancies has soared and salaries have grown twofold if not more.

As such, it is becoming more difficult to hire new talent, and companies must do more to attract prospective developers to the island. The financial aspect is not the only thing developers are interested in, so companies should look to offer an attractive technology stack, well-defined project specifications and excellent working conditions as well.

EMI: a new format for Cyprus

Electronic money institutions are regulated by the Central Bank of Cyprus. EMIs can be viewed as a simplified form of a bank. There are traditional banks that get their revenue from lending, deposits and payment agency. If you’re not in the traditional banking sector but would still like to provide banking-related services, such as money remittance or e-wallets, then an EMI is optimal for communication with financial regulators. In Cyprus, another available format is a payment institution (PI). Unlike EMIs, PIs cannot issue e-wallets or operate with e-money.

In terms of Cyprus’ regulatory environment, the central bank is mostly focusing its attention on the banking institutions. EMIs, while formally regulated, tend to fall beyond the regulator’s scope. This market segment, and here we’re talking dozens of companies, therefore has numerous topics to discuss with the regulator.

For example, when accepting a money transfer from an individual, EMIs are required to reserve an equivalent amount of money on a ‘client’ account with a traditional commercial bank until the transfer is collected by the recipient. Whereas in the UK or Lithuania, EMIs are able to store the money on correspondent accounts with the central bank. There is no such option in Cyprus and all EMIs must resort to commercial banks’ services. This increases the cost-of-service manifold and negatively affects reliability.

This demonstrates a substantial need for more efficient communication between the market participants and the regulator for fintechs to really thrive in the country.

Once Europe had launched the PSD2 directive for open banking, it was clear that Cyprus could not afford to stay behind. However, the country hasn’t yet got the infrastructure to fully implement it. It is now critical that Cyprus creates such infrastructure so that market participants can benefit. The benchmarks here are the UK and Lithuania which, in my opinion, are the two most advanced fintech jurisdictions in Europe.

Clearly there is a huge opportunity to build the fintech sector in Cyprus given that total global fintech funding across M&A, PE and VC reached $210 billion in 2021. If fintechs and the Central Bank of Cyprus can work together, they can develop an even more favourable environment and help build a highly respected fintech hub that attracts talent from all over the world.