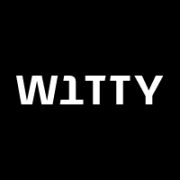 W1TTY secured its licence just a year after it made its application, and the company says it can now bring forward its plans to target “one of the most sophisticated and attractive markets in the world”.

The firm, which already has an EMI licence to operate in Lithuania, will launch there and in Poland in the Autumn, with other European Economic Area (EEA) countries to follow. W1TTY recently secured passporting rights across the EEA and has also applied for an EU consumer credit licence.

W1TTY’s smart finance app will target the demographic moving into the world of work — Generation Z — with a suite of services including tailored finance plans, money transfer, multiple accounts and crypto capabilities.

Headquartered in London, W1TTY has over 100 people working on its launch supported by an advisory board whose members include former Mastercard CEO Gene Lockhart.

W1TTY founder and CEO Ammar Kutait says: “Securing an EMI licence in the UK is a testament to the strength of the team we have assembled at W1TTY and the quality of our systems, especially our anti-money laundering and know-your-customer controls.”