Low-code DevOps platform Copado has raised $140 million in a Series C round, bringing total funds invested in the company to $257 million. 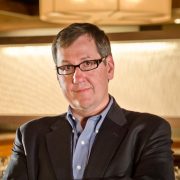 With its new $1.2 billion valuation, the firm plans to use the cash raised to expand its testing software across enterprise SaaS platforms and turbocharge international growth, particularly into the Asia Pacific market.

The financing round was led by Insight Partners with participation from new investor SoftBank Vision Fund 2, among others, and existing investors including Salesforce Ventures. Strategic investor IBM Ventures also participated and will provide global expertise to the company as it expands internationally.

The Chicagoan firm doubled its annual recurring revenue in the first half of this year and in the last six months added Standard Bank and TalkTalk Group to its roster.

Copado has also signed partnerships with IBM and SoftBank Robotics, grown its workforce to more than 500 employees globally and acquired security and AI-enabled automated testing fintechs New Context and Qentinel.

Copado CEO, Ted Elliott, says: “DevOps is now strategic to every business as digital economies become mainstream. Nearly every company in the world is looking to accelerate their development lifecycle and empower teams to quickly deliver software without the fear of failed deployments.”