Israeli end-to-end spend management start-up PayEm has raised $27 million in funding, comprised of a $7 million seed funding round and a $20 million Series A funding round. 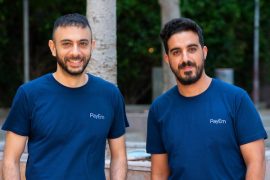 The technology also has cross-border capabilities, allowing businesses to send funds to over 200 territories in 130 different currencies.

PayEm CEO and co-founder Itamar Jobani says: “Between the rise of SaaS, the trend of hybrid work, and the acceleration of global expansion by companies as they tap into markets and talent pools, existing technologies simply couldn’t meet changing market needs in a holistic manner.

“Our platform enables employees and various departments to make their own spending decisions while offering centralised control and visibility for finance teams.”

The company says it has experienced “hyper-growth” in Q2 2021, growing its total portfolio value by four times and generating “millions of dollars” in revenue, with companies such as Fiverr, Jfrog and Next Insurance already using its platform to manage their international and local spend.