São Paulo-based fintech Cora has landed $116 million in a Series B funding round, just four months after its $26.7 million Series A round in April. 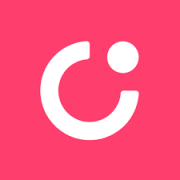 Cora has now raised more than $150 million in total

The firm says the round was originally scheduled for 2022 but was brought forward by lead investors Greenoaks Capital.

The firm has now raised more than $150 million in total capital.

It was founded in 2019 by Igor Senra and Leo Mendes, who previously created online payments platform MOIP. The start-up received authorisation from the Central Bank of Brazil to operate as a Direct Credit Society (SCD) in 2020.

“We arrived to free the small businesses of the big banks and their bureaucracies,” says Senra.

The company, which currently boasts a community of 140,000 entrepreneurs, says the new funds will be used to further develop its technology and credit products and expand its operations as it aims to reach 380,000 customers by the end of the year.