Mexican fintech Flink lands $57m in Series B round

Fintech start-up Flink has raised $57 million in a Series B funding round as it looks to scale its consumer trading platform. 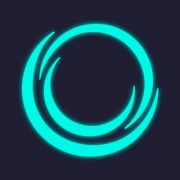 The round was led by Lightspeed Venture Partners with participation from existing investors Clocktower, ALLVP, and US firm Accel, who led the company’s $12 million Series A round in February.

Flink was founded in 2017 in Mexico City with the goal of “offering access to financial services for all”.

The firm provides a mobile banking app targeted at Millennials and Gen Z which includes features like budgeting and savings goal-setting along with a Mastercard-branded virtual and physical debit card.

In 2020, Flink launched a trading service to give its users access to the stock market, which it says had previously been perceived as “exclusive and unattainable”.

Enabling investments from as little as 30 pesos without commissions, it now claims its platform has more than 1 million users, nearly half of which are Gen Z and Millennials.

The company says it will use the new funds to scale its platform and develop new products as it aims to continue its growth in the country.