Indian bookkeeping platform Khatabook has raised $100 million in a Series C funding round, valuing the company at $600 million. 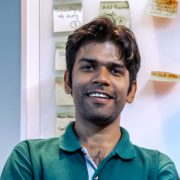 Khatabook’s flagship product — an Android app enabling the country’s 67 million micro, small and medium-sized enterprises (MSMEs) to digitally record the credit they extend to customers — has been downloaded over 4 million times. The company says that 95% of India’s districts are represented on the app.

The firm has also released a business management Software-as-a-Service (SaaS) solution, a staff management platform and a digital cash handling and tracking app.

Khatabook says it plans to use the funds to build out its tech ecosystem and focus on digital lending, payments and deposits in the MSME space.

The funding round was led by US venture capital firms Tribe Capital and Moore Strategic Ventures, with additional investment from Chinese tech giant Tencent and Unilever Ventures, the venture capital and private equity arm of the international conglomerate.