The financial industry is at an inflection point, undergoing disruption in both markets and technology. Forward thinking IT leaders now acknowledge the need for increased flexibility and agility to scale their services more rapidly and bring new products and services to market faster. 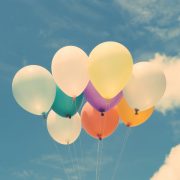 84% of enterprises have a multi-cloud strategy.

Responding to the need to adapt to changing customer needs, the financial industry is beginning to consider how to move critical workloads to the cloud. And while historically there have been some reservations regarding cloud adoption in financial services, recent years have seen a significant change in attitudes toward cloud security and the storage of data in the cloud. To meet compliance and business continuity requirements, the financial services sector is also showing strong interest in hybrid, or multi-cloud, architectures. According to the Flexera 2019 State of the Cloud Survey, 84% of enterprises have a multi-cloud strategy.

A major impetus driving banks to invest heavily in digital banking technology is the increasing importance of customer experience. Consumer banking behaviour has changed, creating significant competition from digital challenger banks and online payment service providers. This new competition necessitates that traditional banks keep pace with customers’ expectations of their banking services. Coupled with the advent of open banking and an increased need for real time and predictive analytics, the need to stay competitive is driving financial institutions to adopt modern architecture.

That adoption of new architectures includes an exploration of microservices, containers, and Kubernetes. Widely viewed as the technology that can deliver the agility, flexibility and elasticity needed to deliver applications that meet expectations of customers today, these three technologies integrate well into new development paradigms such as DevOps. Adopting microservices architecture for new applications makes it easier to build apps based on new customer requirements and expectations. This is in part because microservices decouple development teams, allowing them to work independently at their own pace and in their own development environment.

Containers are the most common method of deploying microservices, partly because they deliver many of the same benefits as those provided by microservices, such as platform independence, scalability, isolation, resource efficiency, and speed. Kubernetes provides container orchestration, which automates deploying, scaling, networking, networking, managing, and maintaining availability for container-based applications. Together these three technologies simplify running applications in the cloud.

The first essential step is to review which applications have the greatest demand, and then build apps that will result in the greatest impact from your efforts. You’ll likely need to rebuild some applications for the cloud, using microservices, containers, and Kubernetes. For example, many challenger banks (startup digital banks) deliver mobile apps, low fees, and rapid responses to customers. For established financial services organisations, delaying modernisation of customer-facing may impact revenue as they lose mindshare — and customers — because they can’t respond at the speed customers now demand.

Finally, some applications may not be suited to a public cloud deployment but still need to be modernised to take advantage of new architectures but have data sovereignty or compliance restrictions that make an on-premise or hybrid-cloud deployment preferable.

When approaching modernisation goals, the first step is to build new applications using these new architectures, rather than rebuilding on top of your legacy stack. Adopting microservices architecture for new applications makes it easier to build new apps based on new customer requirements. It also provides the opportunity for your development teams to experiment — without impacting critical revenue-generating applications. As you start to adopt new architectures, it’s essential to define your APIs well to prevent dependencies between microservices while still enabling the exchange of data. Once APIs are published and available for use, they become one-way contracts and you’ll need to guarantee backwards compatibility for them. This is a critical concept that many organisations new to microservices, containers, and APIs often don’t fully grasp. Getting the APIs wrong can create significant technical debt, even as you move to newer technologies. 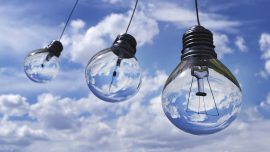 it’s important to understand that migrating to the cloud or any other modern architecture isn’t simple.

Finally, don’t try to change all your applications at the same time. Take some time and tackle modernisation projects on an application by application basis. This limits the scope of your immediate changes and allows your development organisation to adapt to new development and operational models. It also helps you to spend the time you need to decide how, when, and which applications you deploy in the cloud.

Before undertaking modernisation goals, it’s important to understand that migrating to the cloud or any other modern architecture isn’t simple. This migration may introduce new, significant challenges, in addition to a general reluctance traditional banks have when it comes to decommissioning reliable and trusted systems. There are significant benefits to be gained. A 2019 European Banking Study revealed that banks that “…digitalised their business models and processes systematically and early on perform significantly better in all relevant KPIs than their competitors.”

The proven ability of cloud ready and container native solutions to help today’s financial organisations successfully deliver on customer expectations is an excellent reason for traditional banks to consider how to strategically modernise the application stack today. Relying on solutions built to deliver on-demand scalability, agility, and availability required to maximise the benefits of the cloud will ensure the long-term success of your organisation.