Open Banking was launched in the UK on 13 January 2018, and since then almost all banks have published APIs on their own developer portals. 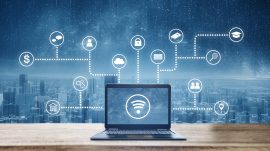 Three years and 3 million active Open Banking users later, how proactive have UK banks been with their API strategy?

I decided to delve a bit deeper. I looked at the incumbent high street banks: HSBC, Barclays, Lloyds, RBS and Santander. I also reviewed some challengers: Nationwide, TSB, Metro and Coventry BS. And of course, I also looked at some of the digital neobanks too: Starling, Monzo, Atom, Tandem and Monese.

Across all banks reviewed only Barclays and Starling have APIs beyond those mandated by Open Banking. Starling in this regard stands out a mile for having a broad range of APIs for things such as know your customer (KYC), spending insights and budgeting. However, I should mention Nationwide’s “data personas” as a nice touch to allow developers to test their apps against specific customer profiles.

Of all the banks reviewed only Starling and TSB demonstrate partner integrated solutions to banking customers on their websites. Starling has 11 partners whilst TSB has five. Across all banks there appears to be no current active “developer recruitment” beyond the developer portal. At the peak of excitement around 2017/2018, many banks were running hackathons and competitions to recruit developers. This kind of recruitment strategy seems to have waned across the board.

In terms of the number of APIs or the breadth of support, none of the UK banks match up to the likes of DBS and OCBC in Singapore – both of which have more than 200 APIs. OCBC is the standout bank from an API perspective – its APIs seem to cover all segments (retail, corporate, wealth) and products (banking, insurance, investment) as well as several other helpful services like calculators. BBVA too has comprehensive APIs spanning several countries it supports. A special mention should also be made to Saxo Bank for its trading APIs, the most comprehensive I found in that segment.

Outside of banks, payment providers like Square and PayPal have been arguably much more proactive in supporting APIs. Even banking technology players like Tink are not only driving innovation but are able to monetise effectively from their API strategies. Then there are the “super apps” which essentially provide APIs on top of core services like identity and payments.

So, it seems that after the initial honeymoon period UK banks have either run out of steam or were never really taking APIs seriously at all. Of course, with impending support for Open Finance on the horizon, they will have to launch API support for a broader range of financial products. However, the lack of proactivity outside of Starling and TSB seems to imply the others are not taking Open Banking seriously as an opportunity or as a way to monetise new revenue streams.

It is the third element that most UK banks seem to be lacking, but that could also be because of poor support for the first two elements. Some of the apparent inertia may well also be down to limitations within the banks’ systems to enable APIs for more services.

I’m not saying that delivering an API strategy is easy – I know from my experience of launching Temenos MarketPlace how hard and expensive it is. However, my two main concerns for banks are:

I guess what I am saying is that a well-executed API strategy is a significant opportunity to protect and grow your customer base. However, a poor API strategy could cost you customers and a loss of revenue, and it is not something that can be rectified easily.