In Autumn 2014, the UK Government first announced its intention to become a global centre for financial technology. 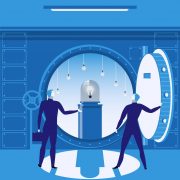 Has open banking delivered on its promise of driving innovation and competition?

A paper written by Fingleton Associates and commissioned by the UK Treasury and Cabinet Office identified that the key benefits of opening access to data were increased competition and innovation. One of the primary use cases was to enable third parties to provide comparisons of financial products more easily. This paper also outlined the approach to providing access to data would be through open APIs.

Fast forward to 2021 and we have now had open banking for the last three years. Are we as customers any better for it, has it been a success? As always, it depends if your glass is half empty or half full. In the latest update from the Open Banking Implementation Entity (OBIE), they highlight:

For me, these results are a huge endorsement for the success of open banking and ratification of the original theory that open data, with better transparency, will drive increased innovation and competition. We should remember that when Metro Bank launched in the UK in 2010, it was the first new high street bank in over 100 years. Since the advent of open banking, over 20 new banking licences have been issued.

The OBIE report also identifies that the top three areas being addressed by new players are:

Online reviews for these services average a score over 4.3 (out of 5), so clearly those that are using them find them useful.

However, this is all the tip of the iceberg. Looking at the Open Data Institute website, you can see there are many other open data initiatives outside of banking, from public sector data to health, utilities and others.

In my current project for AskHomey, I am already looking to combine property data, utilities and open banking in order to identify potential savings in household expenditure for homeowners and renters. Open banking is also playing a broader role in influencing these new areas: from publishing APIs to designing secure and permission-based access controls, its role is much deeper than just the concept of open data. Hence it is influencing the implementation of open data initiatives in other markets, and this is not something that is easy to measure and report on.

I have previously highlighted a number of players utilising open banking data outside of banking in markets like property. We are starting to see innovation in customer journeys driven by combining multiple open data sources. Some banks have already started their journey in exploring the possibilities, for example with energy switching and more recently with carbon footprint calculations. But again, this is really the tip of the iceberg, as banking has only just started its open data journey.

With open finance on the horizon, I suspect most banks will focus on this rather than look beyond the financial services domain at broader open data initiatives. With access to a broader range of product data, open finance will create even more innovation and competition. All of this is great news for the consumer.

Open banking has surely delivered on its promise of driving innovation and competition. There is clearly more to come with open finance and other open data initiatives. I’m not saying that banks should look broader, but I am saying that while it feels like we are the peak of a “fintech revolution”, we may have only just started. What is happening now may largely be learning for the next set of fintechs, proptechs and so on to create sustainable, long-term value for customers through open data. I for one am excited for the next decade of change, one which I believe will make life better for us and hopefully for the planet.