The need for predictable poetry 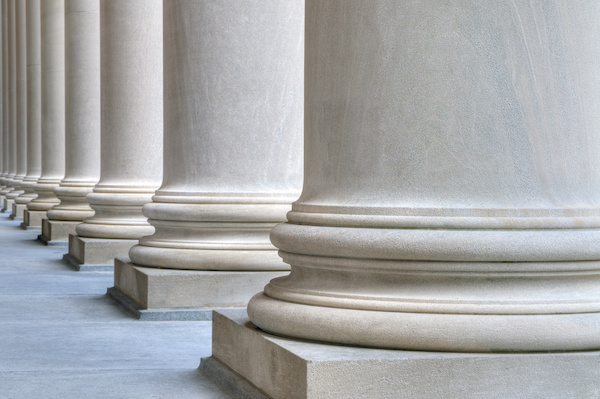 Despite all our need for uplifting messages and poetry, the reality is we need predictability

I dated a guy a few years back who called me Captain Obvious. He did it with affection and exasperation in equal measure.

So here it goes. Captain Obvious reporting for duty.

I have been in this industry, accidentally and yet fervently, for coming up to 17 years. In that time, a lot has changed. And a lot has remained stubbornly the same. Not static. Just the same.

The language we use to describe and size our ambition has changed, but the feeling we seek to evoke has not. Dynamism, innovation, creativity, daring and optimism. Strategic vision, bold commitment. It’s heady stuff.

It doesn’t matter if we work in an industry of ledgers and bips (BPS for the uninitiated, Google it). It doesn’t matter if we work in a world of money, margin and heavy regulation. The humans in our industry need their William Wallace moment. They need to hear there is something bigger than each day’s toil in play. We all need to hear there is a plan, there is some Good. That we are making a difference, if not to the world, then to the people and communities we serve.

Even the most bloodthirsty capitalists speak in terms of impact.

Even when we just talk about margin, we speak of growth. Motion. Progress.

We all have a need for poetry. We all need to feel the winds of accelerating, intentional, forward motion. We all need to know there is a story unfolding and to feel like we are part of it.

Change is disorienting and confusing and the start may be exciting, the end may be exhilarating, but the middle is a mess and the predominant feeling folks have there is stress.

Confusion as to whether they are doing the right thing as there is no real way of knowing what good looks like, in the detail, when you are doing something for the first time alongside people who are doing their bit for the first time. It’s hard to know what is working, what isn’t, what will work in the long run, what won’t, what behaviours will become our culture and what will go down in stories as “those crazy early days”. It doesn’t matter if you are a startup or a behemoth transforming, for the individual this is hard.

And despite all our need for uplifting messages and poetry, between the starting gun and the finish line, the reality is we need predictability.

As much stability as we can muster. As few surprises as can be.

That we want big change but also want to know that it’s all going to be ok?

That we want to be worthy of having contributed to the great decisions of our time, but does it have to be so disorienting for so long?

You have to bring the poetry.

You have to bring the uplift on the hard days.

You have to inspire and rally and be able to remind folks why we do this.

But you also have to manage people’s need for predictably.

You know what your client needs most of all, once they have bought into the vision and come onto the journey? They want as few surprises as possible.

You know what your team need most of all, now they have bought into the strategy? Predictability, reliability. They want to know that things will be ok.

They want to know that we are not about to crash, even though it may occasionally feel like it.

They want to be reassured. And I know you do, too.

Did nobody tell you that was the job? Because it is. And it should be obvious, really.