Unicorns, emojis and gamification: how Gen Z is transforming the way we bank

Launched in 2020, Qooore is an “easy to understand” investment app aimed squarely at Millennials and Gen Z. If the excessive vowels didn’t already tip you off, then one glance at the marketing material would put it beyond any doubt. Rainbow unicorn horns and garish emojis sit alongside trainer giveaways and hypebeast hashtags, all presented in migraine-inducing neon.

But Qooore isn’t a new streaming service, social network or game – although it borrows elements from all three. Qooore is an investment tool – one that promises artificial intelligence (AI) and analytical forecasts alongside the latest market news and successful investing strategies from verified fintech members.

Investment analysis with a side order of rainbow unicorns shouldn’t come as a surprise to anyone who has been keeping pace with fintech’s evolution. The industry has seen investor app Atom give away “clean, fresh sneakers”, to match their “clean, fresh investment research platform”, the launch of Zytara, a digital banking platform and payment network for gamers, and banking app Step reach one million users in four months mainly due to the endorsement of TikTok star Charli D’Amelio.

Neobanks and fintech disruptors are currently locked in battle to woo those born between the mid and late nineties for the same reason everyone else wants Gen Z’s attention – they are now the largest generation at 32% of the global population and already make up more than a quarter of the workforce. For fintech, there’s a huge opportunity – which has so far gone ignored – by the incumbent giants who have fallen victim to the myth that “kids hate finance”.

Neobanks have realised it’s less a matter of “kids hate finance”, and more “finance hates kids”. The fact that these digital natives can join a social network at 13-years-old but are denied any financial autonomy until age 18, means there is a huge opportunity to cement brand loyalty with an underserved audience who thrives on word of mouth and who are building their independence and identity via their smartphones.

However, attracting a Gen Z base is not as simple as launching a garish app and giving away freebies. Gen Z is a complex and sensitive audience expected to be better educated but more in debt than their millennial predecessors, thanks to student loans. They came of age in a banking crisis and may have received their first paycheck during a COVID-induced recession.

So, what can this new crop of fintech disruptors teach us about reaching and retaining the valuable Gen Z audience?

Gen Z’s have an intense allergic reaction to even trace amounts of inauthenticity or chicanery. They want straightforward, transparent and trustworthy interactions with their financial institutions. They expect their associated institutions to stand for something, to have a personality and a viewpoint that they can get behind. 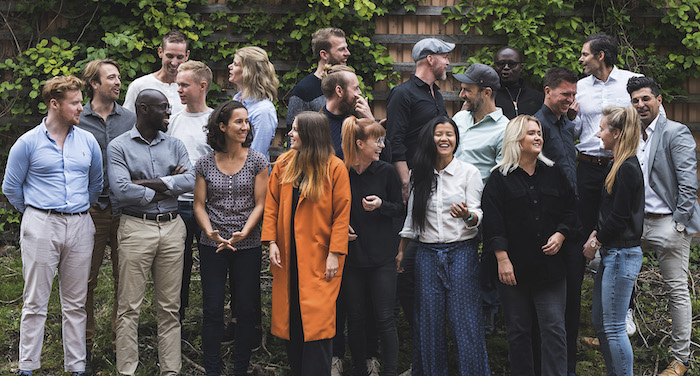 Look at the “About” page for start-up Trine and you won’t see a hint of a suit and tie, while their founder describes himself as a “social change agent and tech explorer”. This all fits neatly with Trine’s mission to “democratise finance by enabling people to invest in a sustainable future”. To get that across, Trine is taking brand cues from sustainable fashion brands like AllBirds, which prioritises ecological performance.

As the term “financial wellness” gains popularity in fintech circles, banks must find a way of providing the Gen Z audience with guidance, education and a sense of autonomy over their transactions, savings and investments.

Services like Monzo have achieved this by establishing micro-communities with platforms, such as Facebook groups that support financial literacy at a level far beyond the usual faceless, top-down interaction.

The JP Morgan-backed personal finance app Greenlight has a seemingly huge task to both educate and personalise with its aim of becoming the “investment app for kids”. They’ve taken a smart route by building a debit card app that has dual interfaces: one for the parent to monitor spending and set chores with “perks” attached to them, and an “educational” one for the kids to track balances and tick off chores etc. Once Greenlight established credibility, it introduced an investment functionality with a strategy that has paid off; nearly three million parents and children have saved $100 million using the app.

Learn how to speak social

It wasn’t an accident when Charli D’Amelio took to TikTok to sing the praises of Step, claiming that using the teen banking app felt like “another social media platform”. This is an audience that wants to be treated as individuals and addressed in words and a tone they understand on the channels they already use.

As investment apps begin to reach the Gen Z population, we are seeing how an even more impenetrable and byzantine world can be successfully wrapped in human language, gamified mechanics and personalised touches. Alinea Invest has begun translating earnings reports and SEC filings into digestible insights for teenagers. Its “bite-sized” insights and personalised stock recommendations not only boil down elements such as revenue streams and operational risk into an incredibly approachable interface but it creates a sense of dynamism that most successful social platforms thrive upon.

For the most obvious example, we have to go back to where we started. Qooore’s incredibly vibrant use of visuals, infographics, emojis, dynamic alerts, interactive elements and “slanguage” might seem overwhelming to anyone over the age of 20, but it’s a pure distillation of the Gen Z style guide, and, if nothing else, serves as a useful barometer for how radical the shift in fintech can be in such a short space of time. It also raises the next big question that disruptors will need to answer: how do you retain a Gen Z audience that is growing out of emojis and unicorns?