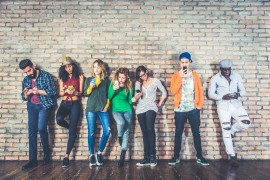 Step and Kard, mobile banking start-ups in the US and France, respectively, want to help bring digital banking to teenagers.

The companies aim to address the needs of what they believe is an underserved market in mobile banking. In the US, for example, there are 75 million children and young adults under the age of 21.

According to an interview with TechCrunch, Step is targeting the “pre-banked,” as explained Step CEO CJ MacDonald, whose previous start-up, mobile gift card platform Gyft, was sold to First Data.

“We’re building an all-in-one banking solution that primarily focuses on teens and parents,” he says. “We want it to be a teen’s first bank account.”

MacDonald and CTO Alexey Kalinichenko, previously of Square and Token, founded Step in May 2018. This now has ten employees, some of whom moved from Gyft.

Parents will be able to connect their own bank accounts to Step to instantly transfer in and manage funds. Step’s bank account itself is backed by Evolve Bank.

Kard was founded in 2018 and is based in Paris.

Its users get a free account and a MasterCard card. “By putting technology front and centre, we want to offer a seamless experience to the millions of youth, who will use our unique, fun and accessible product,” the company says. For example, it allows users to share expenses with their group of friends in the Kard app, similar to what Venmo offers in the US.

While the service is not yet live for either Kard or Step, users can already can sign up to their waiting lists.