In a world “wracked with inequality”, banks should be thinking of equity in terms of social justice, not just in terms of their balance sheets.

This is according to Michael Corbat, Citi’s CEO, whose speech closed this year’s Sibos digital financial industry conference. 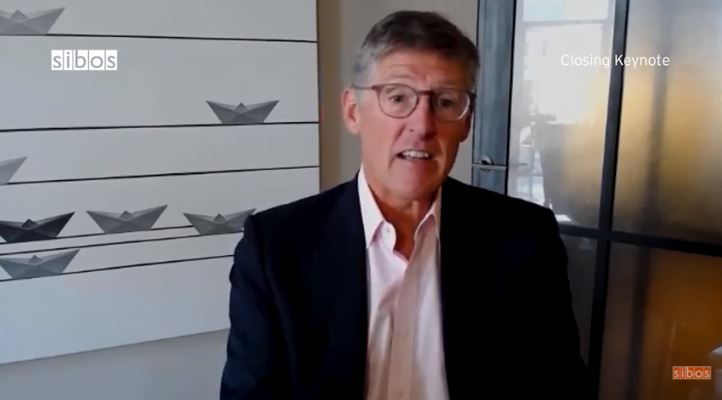 “We have a larger obligation to deliver fairness”

“We bankers focus on return on equity as a number that measures financial performance, but for society today, equity doesn’t appear on a bank’s balance sheet,” says Corbat.

“Equities are about the changes we need to make to deliver social justice. I believe that if we can deliver an equity in society, then the return will be a transformation in opportunities, and a more inclusive thriving economy.

“These days, when I think about return on equity. I’m not only thinking about my own institution, but how we can all benefit from a correction of these historical injustices.

“All of our firms occupy positions of greater economic responsibility. Now more of us realise we have a larger obligation to deliver fairness.”

Thinking about social justice beyond gender

Whilst Corbat does mention equal pay for women as an example of how Citi is tackling social injustices, he makes no mention of other inequalities.

“I can tell you, the return on equity in this area [equal pay] is beyond measure for us,” he says as the bank’s single example.

Citi recently announced the appointment of Jane Fraser, the firm’s first female CEO – who is set to take over the reins from Corbat in February.

The appointment marked a milestone for Wall Street, which also saw Wells Fargo eye her as a potential CEO candidate.

But many – especially in the context of Black Lives Matter protests this year – have pointed out that banks need to go further than gender to reach equality.

Despite not mentioning racial inequalities in his speech, Corbat’s bank has set aside $1 billion to help close the racial wealth gap.

His fellow executives have also been far more vocal than those of other banks on the issue. “We are in the midst of a national reckoning on race, and words are not enough,” Mark Mason, Citi’s chief financial officer, said in September.

Finance is no longer “an exclusive club”

In his speech, Corbat also looks at the internal banking system, and the relationship between banks like Citi and third-party players.

“We need to realise that the financial world is no longer an exclusive club for bankers,” he says.

“Fintechs, Big Techs are major players […] Maybe Big Techs and others wouldn’t feel the urge to invent their own global currencies if they felt that this forum was as much for them, as it is for the banks.

“We need to open the gates even wider, because we are in a world of digital platforms […] It’s not a zero-sum game.”

Corbat, who also cites incoming CEO Fraser, hammers home the message that Citi is open to all forms of partnership. Be that with fintechs, Big Techs, corporations, regulators or governments.

“This is the time to go beyond incremental change and create something that’s truly future proof and sustainable,” says Corbat.