Citigroup has set aside $1 billion to support projects focused on increased social mobility and closing the racial wealth gap. 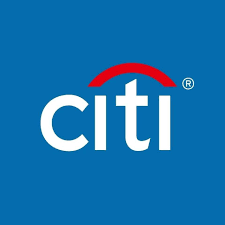 The programme will run until 2023

“We are in the midst of a national reckoning on race, and words are not enough,” says Mark Mason, Citi chief financial officer. “The commitments we are announcing today are just the starting point.”

“By harnessing the central role Citi plays in local economies and the financial lives of Americans, we are determined to help close the racial wealth gap and help build an anti-racist economy and society.”

Citi research shows that closing the gap for Black Americans in 2000 would have boosted the US economy by $16 trillion. It adds that if the gap closes in 2020, $5 trillion could be added by 2025.

“More of the same won’t do”

Citi’s outgoing CEO Michael Corbat says that “more of the same won’t do” when it comes to addressing inequality.

“We are bringing together all the capabilities of our institution — our people, our lines of business, our balance sheet, and our philanthropy— like never before to combat the impact of racism in our economy.

“This is a moment to stand up and be counted. Citi is committed to leading the way and investing in communities of colour to build wealth and strong financial futures.”

The Federal Reserve has asked banks to provide greater clarity on the initiatives they run to increase racial and gender diversity.

The bank became the first Wall Street bank to appoint a woman as chief executive earlier this month. It announced that Jane Fraser will succeed Corbat at the top job in February 2021.