MatchMove applies for one of Singapore’s full digital bank licences

The firm, a banking-as-a-service provider, has teamed up with Singapura Finance, blockchain firm Lightnet and OpenPayd to submit the application. 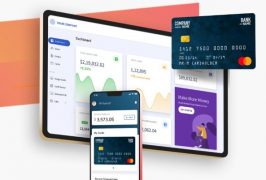 “In many ways, MatchMove is already acting like a digital bank”

The group wants to create a bank which serves gig economy workers and small and medium-sized enterprises (SMEs).

It’s the latest licence bid in a series of submissions which have totalled to more than 20 so far. There are just five licences on offer by the Monetary Authority of Singapore (MAS) – and only two of these are digital full bank licences (DFBLs).

“In many ways, MatchMove is already acting like a digital bank,” the company says, citing its current product suite which includes a wallet-as- a-service platform and a lending offering.

“Providing full digital banking is a natural evolution of MatchMove’s current capabilities towards a holistic and integrated banking proposition,” adds the company.

In September, MatchMove acquired local lender MoolahSense to build its SME banking offering. It has also been building up an ecosystem of partners which founder and group CEO Shailesh Naik says includes “a leading transport operator in Singapore” and a major insurance company in Southeast Asia.

“As a pure-play fintech, we believe we are well positioned to graduate to becoming the digital bank of choice for enterprises, employees and consumers of the future, in Singapore and the region,” says Naik.

Application partner Singapura Finance is also a customer of MatchMove’s and says its motive for applying is down to wanting to “diversify into new digital native segments and products”.

Lightnet’s co-founder Tridbodi Arunanondchai says: “There are many synergies between our organisations beyond Singapore which we intend to explore and I believe we can develop a compelling proposition for the under-banked segment across the region.”

The third bidding partner OpenPayd, which is a banking and payments solution, wants the licence so it can expand its global footprint into Asia.

Read next: Neobank for America’s middle-class One lands $17m Series A