Neobank for America’s middle-class One lands $17m Series A

One, a neobank setting out to tap America’s middle class, has landed $17 million in a Series A funding round.

The challenger, which is FDIC-insured through Coastal Community Bank, was co-founded in January 2019 by Bill Harris, former Intuit CEO and PayPal founding CEO, who now chairs the fintech and has put $9 million of his own cash into the venture. 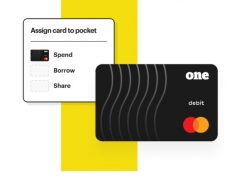 This round therefore brings One’s total raised to $26 million. Fellow US challenger NorthOne bagged $21 million last week to serve SMEs, and lifestyle challenger Cogni is set to launch in the US tomorrow.

As well as Harris, One also carries heavyweight Brian Hamilton, who co-founded the Capital One-acquired PushPoint, as its CEO.

“We are focused on middle-income families across the US,” the challenger told Crunchbase. “This includes traditional families, but also single partners, people who support parents, kids and other family members; roommates and more.”

One’s target to tap the middle class could be a very hard one to meet as the spreading coronavirus makes a recession likely, and hence access to excess spending limited.

The 40-person challenger has opened early access to its private beta already, but a final release date in the summer has not yet been set. It aims to bring together the siloed money sat on by America’s middle-class into one big pot.

“Most people have a balance in their checking account that earns nothing and outstanding debt on their credit card that costs too much,” says Hamilton in a company statement.

“One is designed to maximise a family’s hard-earned paycheck by unifying saving, spending and borrowing into one account.

“When this money is being managed from one place, people save more, are charged less and gain control.”

Harris adds that he thinks there is a segment between the challenger banks which target the masses and the incumbents which often target affluent customers which is being missed.

“Middle-class American families are being left out,” he says.