US digital payments firm Square has received approval from the Federal Deposit Insurance Corporation (FDIC) to operate as a bank via an Industrial Loan Company (ILC) licence.

Set to be named Square Financial Services, the bank is expected to launch in 2021, and will be used to issue loans to existing Square business customers. 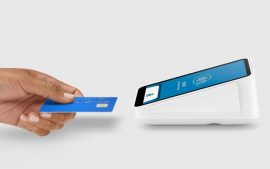 Square says the bank will operate independently, as a direct subsidiary

Utah’s Department of Financial Institutions gave the bank its state approval, meaning Square FS will be based in the Beehive State.

Square says the bank will operate independently, as a direct subsidiary of the digital payments company.

“Its primary purpose will be to offer small business loans for Square Capital’s commercial lending business, and to offer deposit products,” the company said in a statement.

The firm says Lewis Goodwin, who previously led Green Dot Bank and Chrysler Financial Bank, will head up the new bank as chief executive officer, whilst Brandon Soto, who also spent time at Green Dot and Chrysler, will step in as chief financial officer.

The introduction of a banking revenue stream will help Square diversify its business, and the move is not the first by a fintech in recent weeks.

In February, Varo Money gained FDIC approval and LendingClub became the first fintech to buy a US regulated bank.

Square has landed its banking licence at a time of major uncertainty, as the coronavirus threatens payment volumes for big swathes of its small business customers.

The firm says it does not expect the bank, which won’t arrive until next year, to have any “material impact on Square’s consolidated balance sheet in 2020”.

According to Jelena McWilliams, chairman of the FDIC, its staff found that Square “satisfied each of the statutory factors required for approval, subject to certain conditions.”

McWilliams adds that one of the conditions involves Square maintaining levels of capital that are “significantly higher” than typical FDIC-insured banks.

Jacqueline Reses, Square Capital lead and executive chairwoman of the board of directors for Square Financial Services, says that her firm appreciates the FDIC’s “thoughtful approach to our application, and their recognition that Square Capital is uniquely positioned to build a bridge between the financial system and the undeserved.”

Read next: TransferWise teams with Alipay in latest Asian expansion