Vodafone, one of the UK’s major telecommunications providers, has become the eighth company to drop out of Facebook’s Libra Association, Coin Desk reports.

Vodafone says it will put the resources initially intended for Libra towards its digital payment service M-Pesa, which has gathered momentum across several markets in Africa, as well as India, the Middle East and Eastern Europe. 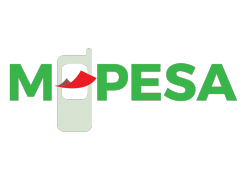 The telco team plans to expand M-Pesa in the seven African markets it currently serves – including Kenya and Tanzania – and plans to launch in Ethiopia where it does not currently manage a mobile network, according to telecoms.com. It has said, however, that it will not “rule out the possibility of future co-operation” with the Libra Association.

“We can confirm that Vodafone is no longer a member of the Libra Association,” Libra published in a statement. “Although the makeup of the association members may change over time, the design of Libra’s governance and technology ensures the Libra payment system will remain resilient.”

The group said it was still “continuing the work to achieve a safe, transparent, and consumer-friendly implementation of the Libra payment system”.

The announcement of Libra created a flurry of regulatory scrutiny and privacy concerns. Head of Calibra – the digital wallet for Libra – David Marcus had to testify in front of US senators on the implications Libra may have on the industry.

Libra intends to welcome new members to the association going into the new decade, according to Coin Desk reports. But the launch date for Libra is still uncertain, pending the group’s ability to overcome widespread regulatory concerns.

Read next: How telco VEON is tapping mobile payments in South and Central Asia