Facebook’s plans for a digital currency are coming under further pressure as global regulators step up their scrutiny of the struggling Libra project, according to the FT and BBC. 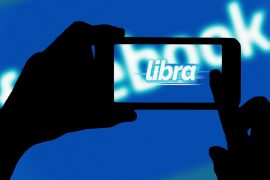 In a letter to G20 finance ministers on 13 October, Randal Quarles, the head of the global Financial Stability Board, states: “With a host of challenges posed by global ‘stablecoins’, such as Libra, possible regulatory gaps should be assessed and addressed as a matter of priority.”

The concerns of the FSB, which represents all large financial centres in the world, centred around the fear that global digital stablecoins could become a substitute for domestic currencies. This, the letter notes, created challenges including financial stability, consumer and investor protection, data privacy, money laundering, terrorist financing, fair competition, cyber security and tax evasion.

Quarles notes that he would consult on global regulatory solutions next April with final proposals for global adoption to come in July 2020.

“The G7 believe that no stablecoin project should begin operation until the legal, regulatory and oversight challenges and risks are adequately addressed,” according to a report by the G7 group seen by the BBC.

It also cast doubt over the viability of the project even if Libra’s backers satisfy concerns raised by governments and central banks.

Facebook will attempt to rally support for its digital currency on 14 October, as executives tell the scheme’s remaining backers they will press ahead as planned. The first board meeting of the Libra project, to be held in Geneva on Monday, comes days after five companies — Mastercard, Visa, Stripe, eBay and Mercado Pago — confirmed they would withdraw from the scheme.

They join PayPal, which quit this month, as dropouts from an initial list of 28 members of its governing association.