Mastercard, Visa, eBay and payments platforms Stripe and Mercado Pago have all followed PayPal’s suit and left the Libra Association, leaving Facebook’s hopes of a global cryptocurrency hanging in the balance. 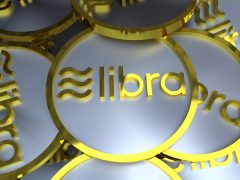 The Financial Times and Bloomberg reported the decisions by five heavy-weight backers to pull out of the project, which now leaves Libra with no major US payment processor following PayPal’s drop out too earlier last week.

On Wednesday last week, two Democratic senators urged Visa, Mastercard, and Stripe in a letter to reconsider their involvement with Libra, warning it may have significant regulatory repercussions for any payment processors involved. Reasons for the pressure came down to risks associated with the project such as facilitating criminal and terrorist financing and destabilising the global financial system.

The first official meeting of the Libra Council is today (14 October) in Geneva, which was predicted to end with more substantial commitments being made by all Libra Association members to the evolution of the cryptocurrency, including them signing the group’s charter.

Libra’s co-creator David Marcus, who previously ran PayPal, tweeted a “special thanks” to Visa and Mastercard “for sticking it out until the 11th hour”.

“The pressure has been intense (understatement), and I respect their decision to wait until there’s regulatory clarity for Libra to proceed, versus the invoked threats (by many) on their business,” Marcus continued.

Looking forward, Marcus says: “I would caution against reading the fate of Libra into this update”. Instead, the co-creator calls the news “liberating”, saying “you know you’re on to something when so much pressure builds up”.

For eBay and Stripe, political pressures prevailed according to the FT. Visa cited the need for Libra “to fully satisfy all requisite regulatory expectations”, and Mastercard says it wants to focus on its “own significant efforts to enable financial inclusion around the world”. Mercado Pago too referred to the need for “greater clarity” around the project.

All five companies said they still support the project, or see “potential benefits in such initiatives”. It seems all the firms who have left the association will be monitoring Libra in the hope it will achieve greater regulatory backing.

Read on: FCA: Libra will lead to financial exploitation