Facebook’s Libra is creating “a ‘shadow banking’ system”, says some of the US’ biggest banks at this month’s Federal Advisory Council meeting. 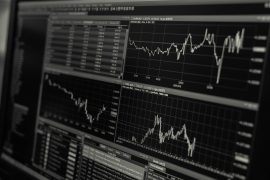 Major US banks worry about Libra’s effect on the market

Bloomberg reports the meeting minutes, in which the banks calls out the social media giant for “potentially creating a digital monetary ecosystem outside of sanctioned financial markets”.

Federal chairman Jerome Powell and vice chairman of supervision Randal Quarles, along with members of the US Congress, have all voiced opposition to the digital currency.

“As consumers adopt Libra, more deposits could migrate onto the platform, effectively reducing liquidity, and that disintermediation may further expand into loan and investment services,” says banks.

Major worries for the big players included decreases in demand-deposit accounts and bank payment volumes, as well as the threat the crypto poses to banks’ private business model.

US bankers also highlighted the threat Libra may have to their national monetary policy, saying the crypto has the “potential to reduce the ability of states to monitor, manage and influence local economies”.

The regulatory reaction in the US to the developmental stablecoin resonates with sentiments felt across the Atlantic by Germany and France.

Germany’s federal finance minister Olaf Scholtzwe said in late September his country “must protect consumers and state sovereignty”, after the country’s government announced it would fight any efforts by corporations to establish parallel currencies in the country.

“A core element of state sovereignty is the issuing of currency, we will not leave that up to private companies,” reiterated Scholtzwe.