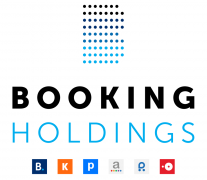 The online travel company runs websites such as Kayak.com and Priceline.com

The online travel company – which runs websites such as Kayak.com and Priceline.com – has quit the Libra Association, according to Bloomberg. Following the recent losses of PayPal, Stripe, MercadoLibre, Ebay, Visa and Mastercard, this means the association has lost a quarter of its original membership.

The news came as the Libra Association, a non-profit set up to manage the cryptocurrency, was due to meet in Geneva on Monday 14 October to finalise its initial membership and governing charter.

Regulators have placed the cryptocurrency under intense scrutiny ever since it was announced. Earlier this week, the global Financial Stability Board wrote to G20 finance ministers to outline the challenges that global digital stablecoins could pose.

Visa, Mastercard and Stripe withdrew after receiving a letter, warning them of increased scrutiny, from two Democratic US senators.

In a tweet last weekend, Brian Armstrong, CEO of Libra member Coinbase Inc, called the pressure “un-American” and suggested that the “intimidation tactics” would be classed as anti-competitive if carried out by a private company.

Bloomberg reports that Libra claims more than 1,500 companies have expressed interest in joining the association and the currency would not be launched until regulators’ concerns have been satisfied.

Facebook CEO Mark Zuckerberg is due to testify about Libra at the House Financial Services Committee next week.