Ebanx, a cross-border payments start-up based in Latin America, has launched the beta test for its digital wallet Ebanx Go to a capped 10,000 customers, Reuters reports. 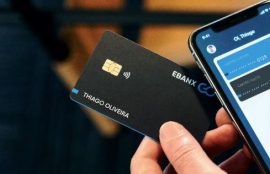 The Brazilian fintech started out by helping international merchants sell locally in Brazil.

Figures released last year suggested the company’s Brazilian business accounts made up nearly 90% of its overall revenue, processing payments for Brazilian customers on the behalf of global merchants such as Spotify, Airbnb and Alibaba’s AliExpress.

But now the 2012-founded start-up is expanding its product offering in the e-commerce space. Recently extending its offering to process payments for Brazilian e-commerce platforms too, the fintech is now ready to take on the digital wallets arena which has seen huge success from big tech players in East Asia, Europe and the US.

RecargaPay, Zuum and PagSeguro are all big digital wallet players in Brazil.

Initially, Ebanx Go will issue a virtual card on which users can receive five percent back of the amount they spend through Ebanx’s global customer websites, such as AliExpress, Gearbest, Spotify, and Udacity, among others.