Snoop, the open banking savings app created by ex-Virgin Money executives, has secured approval from the UK’s Financial Conduct Authority (FCA) to become an “information service provider” ahead of its plans to go to market in the first half of next year.

Co-founded by Dame Jayne-Anne Gadhia, who was Virgin Money’s CEO and is now CEO of Salesforce, the start-up wants “to help customers spend” by scouring the internet for them and managing their money “to keep an eye on on their bills, and make sure they aren’t being ripped off”. 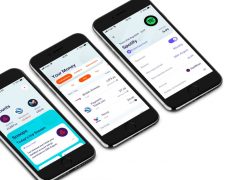 Snoop: ““We’ve already got thousands of people signed up and waiting”

The new regulatory approval from the FCA lets Snoop become a Registered Account Information Service Provider – in other words, the fintech can now receive financial data from banks as a registered third party.

So if, for instance, a user is paying a utility bill which is going up each month, Snoop now has a visual on open banking which can allow it to suggest three or four alternative, cheaper providers.

“Now that we’ve got regulatory approval from the FCA we can move towards executing our launch plans,” fellow co-founder Scott Mowbray tells City A.M.

“We’ve already got thousands of people signed up and waiting for the first version of Snoop and we will now prepare the ground for our closed group beta in the New Year before rolling out Snoop to everyone.”

Snoop’s CEO John Natalizia told FinTech Futures last month that “the secret sauce is really in the algorithm and the AI that Snoop is using”.

Without being able to say much more, Natalizia confirmed the app is built on a cloud-based, micro-services architecture.