Consumer champion app Snoop has gone live after coming out to the open world a couple of weeks ago, with endorsement from Virgin Group founder Richard Branson. FinTech Futures spoke to co-founder and CEO John Natalizia, who was previously a managing director at Virgin Money Digital Bank. 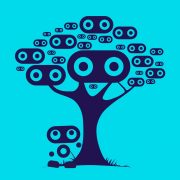 Its founders felt that being a bank would prevent it from being independent.

The UK-based fintech is accepting sign ups on its waiting list, which is going “way better than we expected” and has given the start-up “confidence that people are interested in the proposition”. By the first half of next year the app is looking to go to market.

“Snoop is an app with one goal, and that is to help customers spend,” says Natalizia, who founded the start-up with ex-Virgin Money CEO, Dame Jayne-Anne Gadhia, now CEO of Salesforce. Alongside Natalizia and Gadhia, other ex-Virgin Money execs turned Snoop founders include: Ken Donald, Paul Lloyd, Scott Mowbray, Cara Norton, Paul Kerridge and David Dyer.

The app has a three-pronged approach. The first one is “to keep an eye on on their [consumer’s] bills, and make sure they aren’t being ripped off”. The second one sees Snoop scouring the internet to provide money-saving recommendations tailored to things consumers already buy. And the third is money management, showing consumers all their bank accounts in one place. All Snoop’s insights on consumers are powered by open banking via Open Works.

Natalizia describes Snoop as “a consumer champion”, so rather than a business taking advantage of customer data, the consumers themselves can take control and “snoop” their own deals with expert-backing.

“Nobody really cares about their money, as long as they’ve got enough of it and they can do what they want to do,” says Natalizia. “It takes a lot of time for consumers to go and find these offers which could help them spend, save, and ultimately live smart.”

The co-founder uses the example of a utility bill going up one month. Snoop has access to this information through its visual on open banking, so it can then suggest three or four alternative, cheaper providers.

The 12-person team, with developer partner, Hi Mum! Said Dad and AI firm, Inner Wisdom, is “trying to change the model so the cognitive load isn’t on the consumer.” Through its access to open banking, the app is able to give customers tailored insights, rather than essentially spamming consumers.

Currently in the process of building its AI-driven analytics tools in-house, Natalizia says: “the secret sauce is really in the algorithm and the AI that Snoop is using”. As for the app’s infrastructure, the founders decided to use cloud-based, micro-services architecture.

The founders came together after CYBG’s acquisition of Virgin Money. They decided “to do something special, not build a new bank, but something that had purpose and that would really try to be on the consumer’s side”, says Natalizia. Full of previous entrepreneurial experience in the financial services, most notably having grown Virgin Money together, the Snoop founders felt that being a bank would prevent it from being independent.

And besides, “we don’t need to be a bank to allow customers take advantage of banking”, says Natalizia, who points to the fruitful opportunities the advent of open banking and the Revised Payment Service Directive (PSD2)  has offered.

This week the fintech will be using Brexit as a method of targeting consumers, running a campaign across a series of London underground stations, using the message ‘take back control – of your money’.